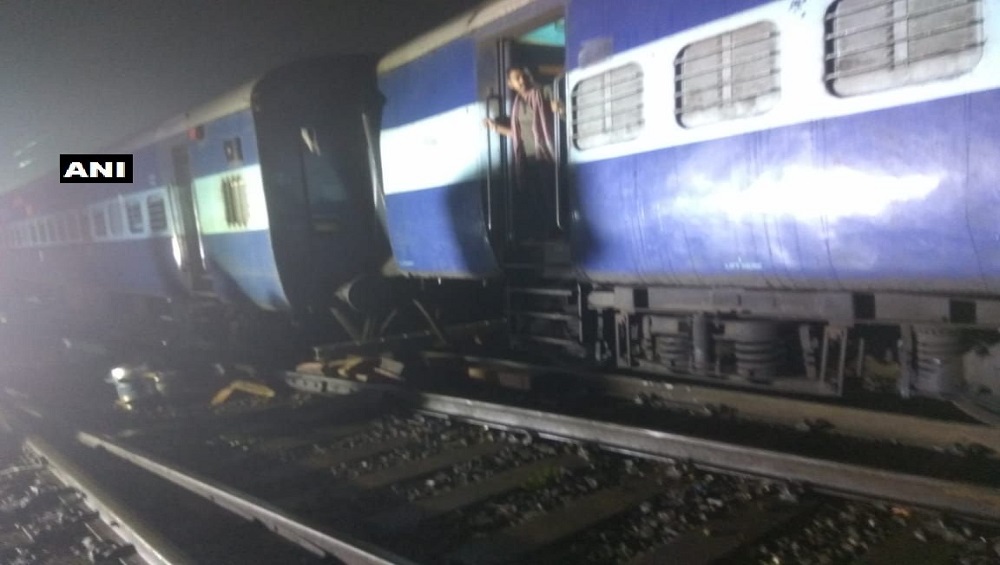 Kolkata, October 20: Two coaches of an empty rake of Kalka Mail derailed while entering Howrah station in the early hours of Sunday, leading to disruption of train movement of South Eastern Railway, an official said here. There was no injury to any person due to the accident, in which the second and third coaches from the rear end of the empty train derailed while entering a platform at Howrah, an Eastern Railway official said.

The incident occurred at 1.47 am and full derailment of the derailed coaches was completed by 6.25 am. Complete fitness points were obtained at 12.20 pm, a South Eastern Railway spokesman said. Howrah station is shared for train operations by both Eastern Railway and South Eastern Railway. Journalist Covering Train Derailment Brutally Thrashed, Stripped And Urinated Upon by GRP Personnel in Shamli, Two Cops Suspended - Watch Video.

As a result of the accident, 31 EMU local trains of SER were cancelled, while 10 others were either short- terminated or short-originated from Santragachi station, an SER spokesman said. A number of express trains operated by SER were also short-terminated or short-originated from Santragachi and departure of many of the trains here delayed, he said.