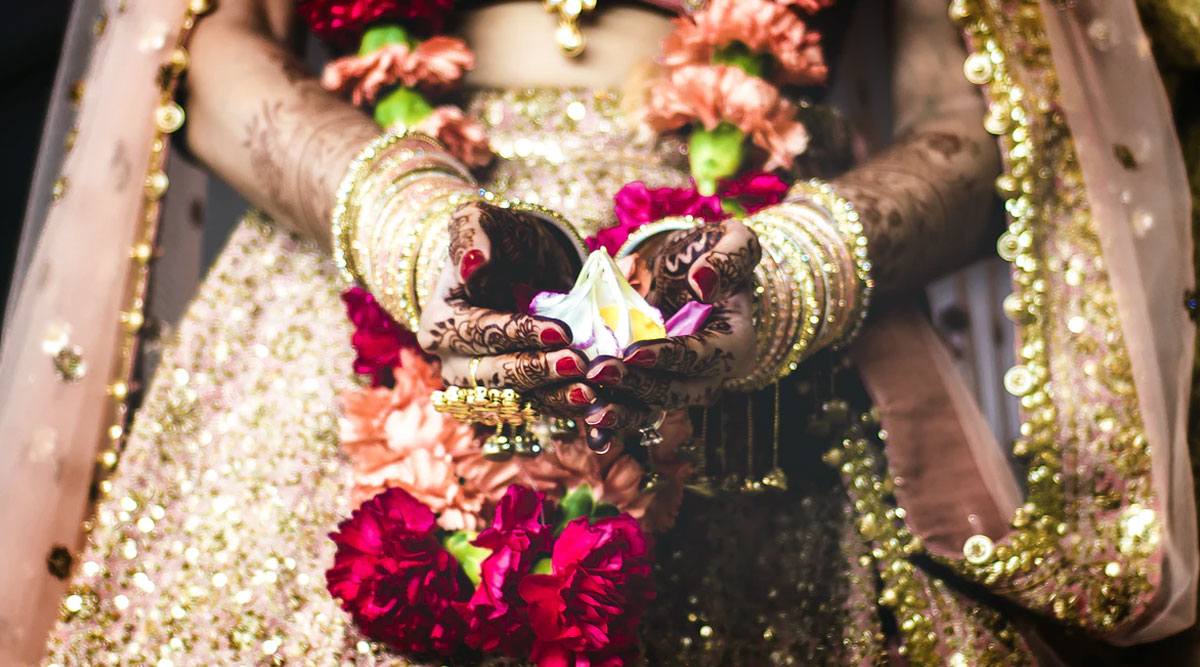 Siddharthnagar, January 27: The education officer of Siddharthnagar district in Uttar Pradesh on Monday issued an order deploying 20 female teachers to help brides for a mass wedding event organised under Chief Minister Yogi Adityanath's scheme. The order was later withdrawn after the administration was criticised for assigning teachers for the mass wedding programme. The teachers were asked to do the make-up of brides. Uttar Pradesh Government Forms Committee to Make Exam System Foolproof.

Dhruv Prasad, education officer of Naugarh block issued an order asking 20 government primary teachers of his block to the brides get ready for their wedding under the Yogi Adityanath government’s Mukhyamantri Samoohik Vivaah Yojana. The order did not go well with the teachers' fraternity. "It is completely unacceptable to ask teachers to deck up the brides," UP Primary Teachers’ Association, Sushil Pandey told TOI. UP CM Yogi Adityanath Bans Mobile Phone in Colleges and Universities.

Siddharthnagar district Basic Education Officer (BEO) cancels the order that assigned 20 female teachers to help brides get ready for their wedding, during a mass wedding programme on 28th January. BEO has also proposed action against the education officer who passed the order. https://t.co/gzZ9xObEra pic.twitter.com/7qWXhw8WGM

"We are blamed for not going to school. We are blamed for poor quality of education in government schools. The government feels that we are so short of work that we can now help brides with their makeups," one of the 20 teachers was quoted as saying. Subsequently, Basic education officer of Siddharthnagar, Surya Kant Tripat cancelled the block officer's order and proposed an inquiry against him.