UP Shocker: Kanpur Man Threatens To Cut Minor Into Pieces if She Refuses To Marry; Arrested

A young man allegedly threatened a 17-year-old girl to cut her into pieces after she turned down his marriage proposal. 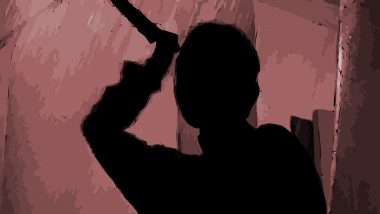 Representative Photo (Photo Credit: Pixabay)
Kanpur, Nov 28: A young man allegedly threatened a 17-year-old girl to cut her into pieces after she turned down his marriage proposal.

Faiz was allegedly forcing the minor to marry him but she rejected his proposal. Angry over rejection, he threatened the girl, saying, "If the marriage doesn't happen, I will cut you into pieces."

The man used to follow the girl to school and harassed her repeatedly, the girl's family told police.

They also tried to counsel Faiz but he did not stop harassing the girl.

The Naubasta police raided Faiz's residence in Chaman Ganj where his family clashed with the police, prompting them to call more officers to the spot. Later, Faiz was arrested.

ACP Naubasta, Abhishek Kumar Pandey said that a case was filed against Mohammed Faiz under the POCSO Act.

(The above story first appeared on LatestLY on Nov 28, 2022 01:23 PM IST. For more news and updates on politics, world, sports, entertainment and lifestyle, log on to our website latestly.com).