The Supreme Court-appointed technical committee has informed the court that it would submit the Pegasus probe report by May end. 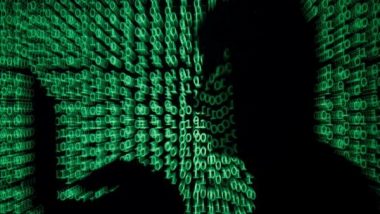 New Delhi, May 20: The Supreme Court-appointed technical committee has informed the court that it would submit the Pegasus probe report by May end.

A bench headed by Chief Justice N.V. Ramana noted the supervising judge would have to examine the technical committee report. And, the former top court judge will need some time to examine recommendations of the technical committee, it added. The committee informed the top court that 29 mobile devices have been examined. What Is Pegasus Spyware? All You Need To Know About the Israeli Software That Can Be Used for Tapping Phone Calls and Snooping WhatsApp Chats

The top court extended the time as sought by the committee. It noted that the technical committee has examined some phones and have issued notices to others to depose before it. Final report is expected to be submitted in the top court in the middle of June.

The top court said that preferably the process by technical committee should be over in four weeks and the supervisory judge should be informed. The matter will be heard again in July.

The Supreme Court, in its order passed on October 27, 2021, constituted a technical committee under the oversight of Justice (retd) R.V. Raveendran to enquire, investigate, and determine certain matters relating to the complaint of unauthorised use of Pegasus spyware against Indian citizens, in the matter of Manohar Lal Sharma vs. Union of India and others.

Justice Raveendran is overseeing the functioning of the technical committee and he is assisted by Alok Joshi, former IPS officer and Dr Sundeep Oberoi, Chairman, Sub Committee in International Organisation of Standardisation/International Electro-Technical Commission/Joint Technical Committee.

(The above story first appeared on LatestLY on May 20, 2022 12:21 PM IST. For more news and updates on politics, world, sports, entertainment and lifestyle, log on to our website latestly.com).