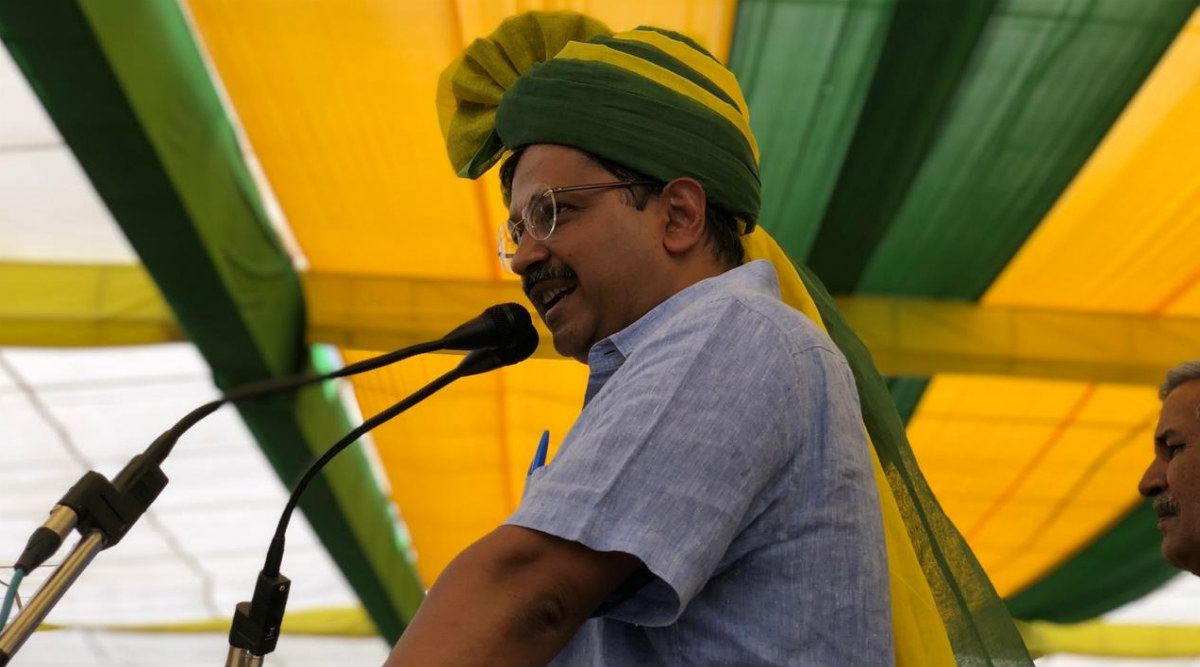 New Delhi, February 11: The Aam Aadmi Party (AAP) was heading for a hat-trick win in Delhi where polls were held on February 8. Of 70 seats in Delhi, the AAP secured a lead on over 40 seats during initial rounds of counting of votes. As the counting progressed, Arvind Kejriwal's party extended its lead on over 50 seats. As the AAP was emerging as the single largest party, the Congress congratulated Kejriwal, whereas the Bharatiya Janata Party (BJP) conceded defeat. Delhi Elections Results 2020 Live Updates.

The trends for all 70 seats in Delhi Assembly election suggested the AAP heading for a clear win with its candidates leading on 58 seats, according to the official website of the Election Commission on Tuesday. The BJP was ahead in 12 remaining constituencies. Congress couldn't open its account. Prominent among those who are leading in their constituencies include incumbent Chief Minister Arvind Kejriwal, who has taken a lead of 4,387 votes over BJP’s Sunil Kumar Yadav from the New Delhi constituency. Delhi Assembly Elections 2020: Hits And Misses of Arvind Kejriwal's AAP.

AAP candidate Raghav Chadha too is leading with over 5000 votes from the Rajinder Nagar constituency. Leader of Congress in Lok Sabha Adhir Ranjan Chowdhury congratulated Kejriwal and said that the results had nothing for his party. "Development agenda has won and I congratulate Kejriwal. Delhi polls have become bipolar and there was nothing for Congress in this election," Chowdhury said.

As the Delhi assembly poll trends showed that the AAP is winning with a clear majority, the BJP seems to have accepted defeat. The party has put up posters at its Delhi party office saying that it is not discouraged by defeat. A poster in the Delhi BJP office has a photo of Union Home Minister Amit Shah and reads "Victory doesn't make us arrogant, defeat doesn't demoralise us".