The Central Bureau of Investigation court in Ranchi on Tuesday served notice to seven people, including Bihar Chief Secretary Anjani Kumar Singh, declaring them as accused in the fodder scam. 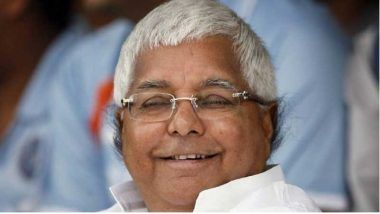 Ranchi (Jharkhand), Mar. 07: The Central Bureau of Investigation (CBI) court in Ranchi on Tuesday served notice to seven people, including Bihar Chief Secretary Anjani Kumar Singh, declaring them as accused in the fodder scam. They were directed to be present in the court on March 28 for allegedly illegally withdrawing money from Dumka treasury.

The court of Shivpal Singh also issued notices under section 319 (for trial of a person along with the accused of the case) of Code of Criminal Procedure (CrPC) to former bureaucrat V.S. Dubey, former Bihar Vigilance Director General D.P. Ojha, Additional Superintendent of Police (CBI) Ajay Kumar Jha and four others, including suppliers, in RC 38A/96 pertaining to illegal withdrawal of Rs 3.76 crore from the Dumka treasury in 1995-96.

The CBI court has completed its hearing against Lalu and other 31 accused in the case.

The RJD supremo is already lodged in Birsa Munda jail in Ranchi since December 23, 2017, in connection with the second case of fodder scam related to illegal withdrawal of Rs 89.27 lakh from Deogarh treasury.

The politician had already been convicted in three fodder scam cases in 2013, 2017 and 2018 and got five, three-and-a-half and five years of imprisonment respectively.

After his first conviction, on September 30, 2013, he faced disqualification from Lok Sabha and a ban on contesting elections.