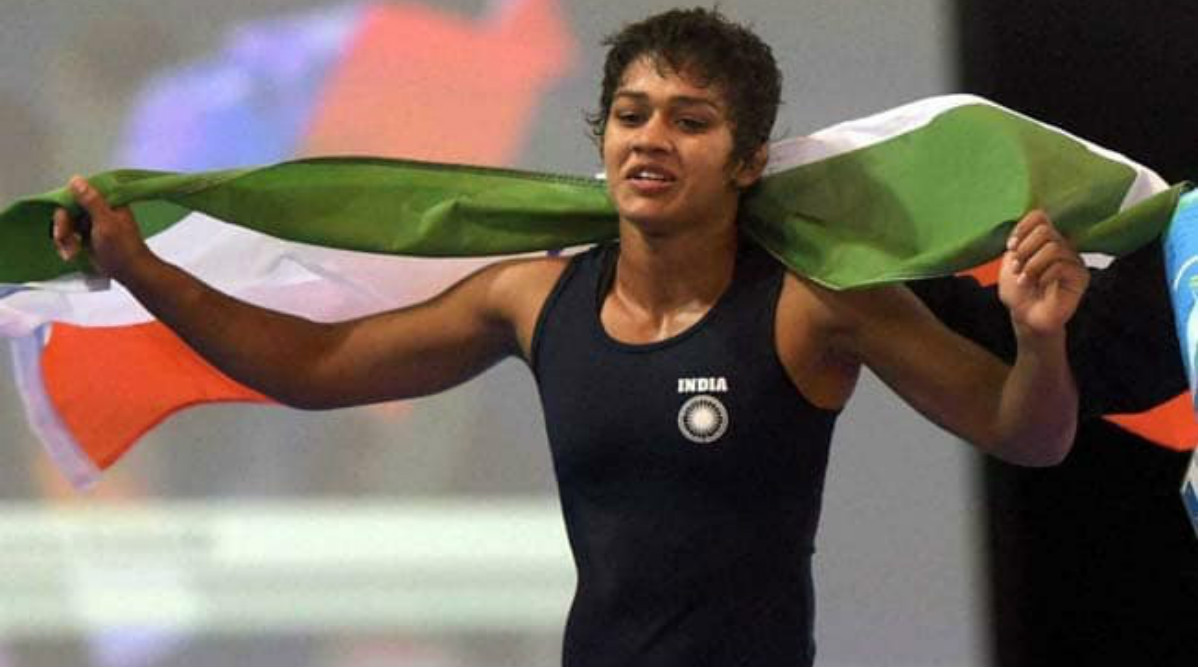 Chandigarh, September 17: International wrestler and Bharatiya Janata Party (BJP) member Babita Phogat here on Tuesday said she was keen to contest the next Haryana Assembly polls and serve the society.

"I want to do something for the country by serving the society," Phogat, 29, told IANS. "It's for the party to decide to field me in the election or not, and also from where," she said. Babita Phogat And Her Father Mahavir Singh Phogat Join BJP Ahead of Haryana Assembly Elections 2019.

She quit the post of police sub-inspector on August 13, a day after joining the BJP with her father Mahavir Singh Phogat, a Droncahraya award winner. Her resignation was accepted on September 10.

Babita is likely to contest either Badhra or Charkhi Dadri seat.

She was here with her father at the launch of Hindi edition of sports journalist Saurabh Duggal's book 'Akhada', an authorised biography of Mahavir Singh Phogat.

On joining the BJP, Babita said she was impressed by Prime Minister Narendra Modi's policies and programmes. "When you are representing a country in international competition, the country's prestige is at stake. Likewise, when you are working for a (political) party, you have to deliver and work with devotion for a cause," she said.

As I could not join a political party as a government employee, I decided to quit and join politics, Babita said.

She said she had formally requested for a party ticket to contest the poll. "The decision to field me or not and from where is prerogative of the party. I will go by the decision of the party," she said.

Hailing the government decision to abrogate Article 370 and 35-A, she said, "It's a historic decision. I feel proud to be associated with this party."

Ahead of the Hindi version, the 225-page book "Akhada: The Authorized Biography of Mahavir Singh Phogat" in English was launched here on December 23, 2016.

On the launch of Hindi version of the book, Phogat told IANS it was done on his request. "Since I couldn't understand English, I requested the writer for its Hindi version," Phogat.