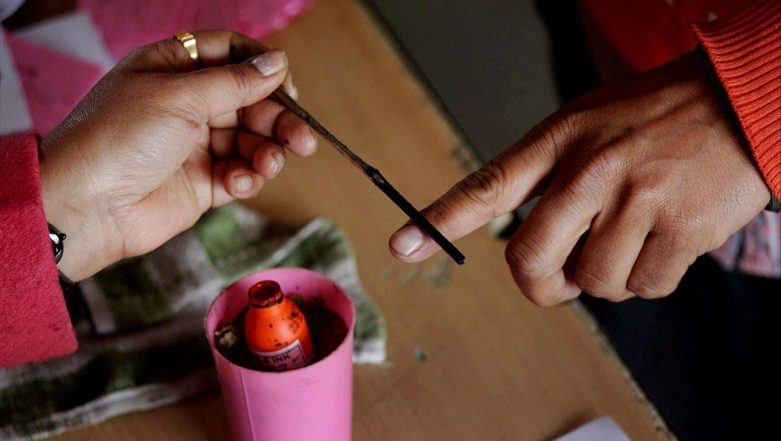 Mumbai, June 19: The by-elections for a slew of vacant seats in zilla parishads, panchayat samitis and municipal corporations in several parts of Maharashtra will be conducted by the State Election Commission (SEC) on June 23. As per the schedule released by the SEC, voting will be held between 7:30 am to 5:30 pm.

Counting of votes is scheduled for June 24, from 10:00 am onwards. While most of the results would emerge within a couple of hours, the final notification of results would be issued on June 27. The outcome will serve as an indicator ahead of the upcoming assembly elections in the state, which are expected in October-November this year. Ruckus at BSP Meeting in Maharashtra; Party Workers Hurl Chairs And Abuses at Each Other, Watch Video

A total of 16 panchayat samiti seats will go to bypolls, along with 9 zilla parishad seats in the seven districts of Raigad, Pune, Hingoli, Ahmednagar, Wardha, Bhandara and Gondia.

Meanwhile, 15 vacant posts spread across the municipal corporations in Navi Mumbai, Ulhasnagar, Kalyan-Dombivali, Pune, Kolhapur, Nashik, Malegaon, Parbhani and Chandrapur would also be filled through the by-elections to be held on Sunday.

Although the electioneering of the micro-level bypolls has not caught the media glaze, the results would be analysed as it would reflect the cadre-level readiness of the four major political parties in the state -- Bharatiya Janata Party (BJP), Shiv Sena, Congress and Nationalist Congress Party (NCP).