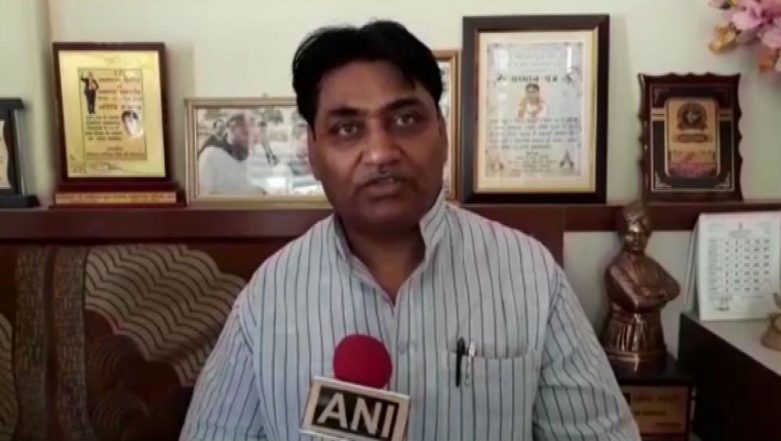 Jaipur, May 13: Hinting at major rejig in the existing school syllabus, Rajasthan Education Minister Govind Dotasara on Monday said the previous Bharatiya Janata Party (BJP) government made changes in curriculum for political gains. Dotasara said the committee formed to recommend changes in school syllabus concluded that Veer Savarkar had been portrayed in a far stronger light than other freedom fighters.

"The then BJP government made the education department a laboratory and it had made changes in the curriculum for the political interests of the RSS," Dotasara said, adding, "The then government had developed a biography of Veer Savarkar. The facts of this topic were subjected to revision by a review committee by our government. The report elucidated that Savarkar had been presented in greater light for political interests. Rajasthan Government Announces Unemployment Allowance From March 1; Rs 3,000 For Men, Rs 3,500 For Women.

The minister said the committee has proposed changes to be made in the syllabus to the education department. "Congress believes that children should be taught history in an honest and right way. This is the reason why the education department is taking up the matter seriously and is firm on changing the syllabus in the right way," added Dotasara. Rajasthan Government Will Examine Cases Against Dalits, Mayawati’s Demand Is ‘Natural’: Ashok Gehlot.

Vinayak Damodar Savarkar, popularly known as Veer Savarkar, was an Indian independence activist, politician, lawyer, and writer. He is also known for coining the term 'Hindutva' and formulating the philosophy. (With ANI inputs)