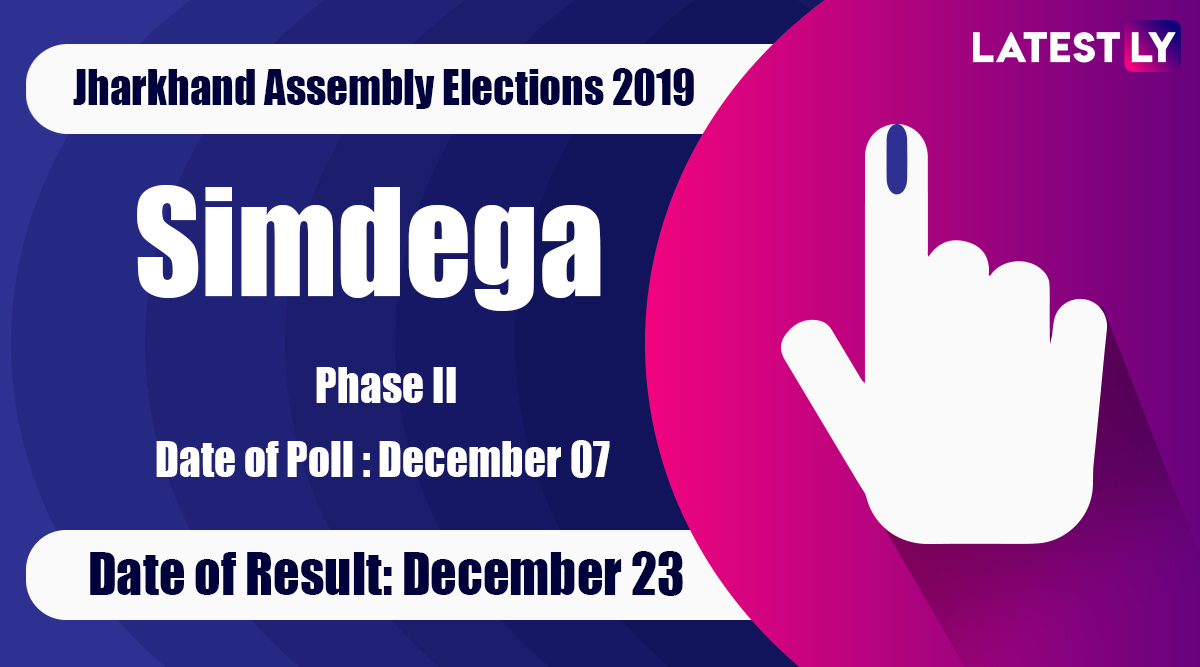 Ranchi, December 7: Simdega, the assembly seat located in Simdega district of Jharkhand, will vote on December 7 in Jharkhand Assembly Elections 2019. The Simdega seat goes to polls in the second phase of elections, scheduled on December 7 and is a (ST) reserved seat. Simdega is among the Maoist-violence hit districts in the state. It has a large Tribal population. This seat will see a direct fight between an ex-IPS officer and the BJP candidate from the seat. Phase-Wise List of Seats Going to Polls in Jharkhand.

In 2014, Vimala Pradhan of the BJP won from the Simdega assembly seat by beating Menon Ekka of the Jharkhand Party. However, this time the BJP has given ticket to Sadanand Besra and he will face retired IPS officer Rezi Dungdung and Congress candidate Bhusan Bara.