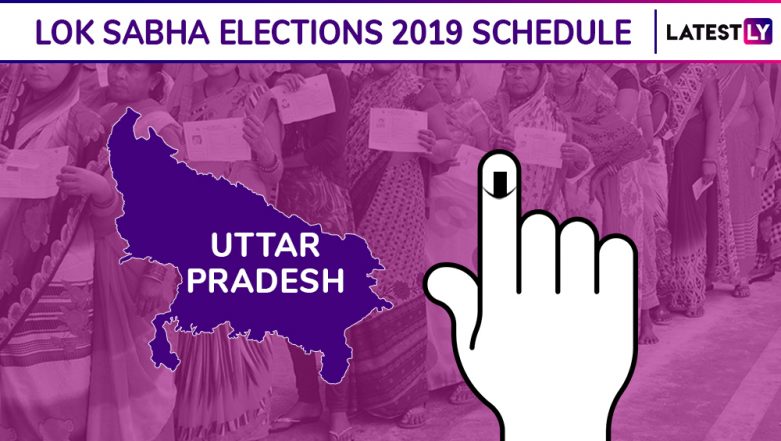 In the run up to Lok Sabha Elections 2019, Uttar Pradesh is set to witness a three-way contest with SP-BSP combine against the BJP and the Congress. In the upcoming elections, BSP chief Mayawati and Samajwadi Party (SP) President Akhilesh Yadav, in a joint press conference, announced a 50-50 poll pact. Meanwhile, the Congress, which has decided to go solo in the polls. Lok Sabha Elections 2019 Schedule: Polls Will be Held in 6-7 Phases.

At present, the ruling party in the state is BJP  with the coalition government of Apna Dal and Suheldev Bharatiya Samaj Party (SBSP). The Congress has brought in Priyanka Gandhi Vadra, Congress President Rahul Gandhi's sister  who will be managing Uttar Pradesh East and Jyotiraditya Scindia for western  Uttar Pradesh. Akhilesh Yadav Hails Rahul Gandhi For Inducting Priyanka Gandhi in Congress.

In the last Lok Sabha Elections held in 2014, the BJP had won 71 seats in Uttar Pradesh while its ally Apna Dal bagged two. The SP won 5 seats, the Congress had won two, while the BSP drew a blank.