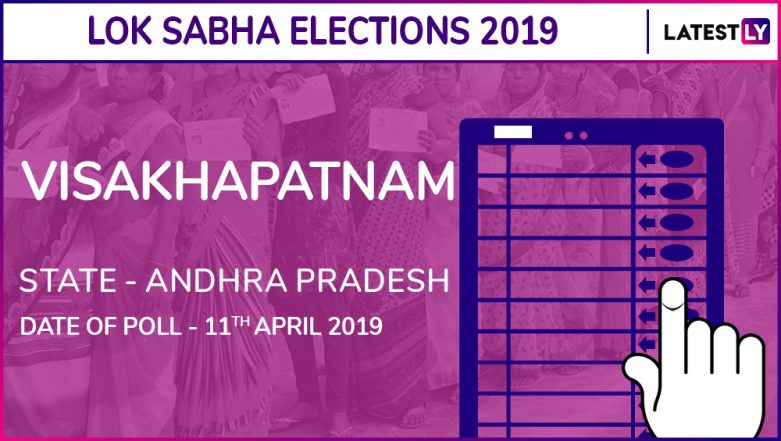 M V V Satyanarayana of the Yuvajana Sramika Rythu Congress Party won from the Visakhapatnam Lok Sabha Constituency in Andhra Pradesh. Satyanarayana defeated Mathukumilli Tejaswini of the Telugu Desam Party with a margin of 4,414. The constituency number of this place is PC 4. The election here was conducted on April 11, 2019 as per the Phase 1 schedule.  The counting of votes took place on May 23. As per the Election Commission of India a total voter turnout of 67.26 per cent was recorded.  Lok Sabha Elections 2019 Schedule: Voting In 7 Phases From April 11 to May 19, Counting And Results On May 23; Check All Dates For General Elections

Pedada RamaniKumari from the Indian National Congress (INC), Daggubatti Purandeshwari from the Bharatiya Janata Party (BJP), George Bangari from the Viduthalai Chiruthaigal Katchi and Mathukumilli Tejaswini from the Telugu Desam Party (TDP) contested as the official candidates for this contituency.   Lok Sabha Elections 2019 Phase I: List of States And Constituencies Voting On April 11

The last general election in the year 2014 was won by Bhartiya Janata Party (BJP) candidate Kambhampati Hari Babu who bagged the total of 5,66,832 votes and is also the current MP on the seat. The runner up of the election was Yuvajana Sramika Rythu Congress (YSRC) candidate Y S Vijayamma with a total of 4,76,344 votes.