A Guy With A Sign': A Guy Silently Protests Against Most Random Issues 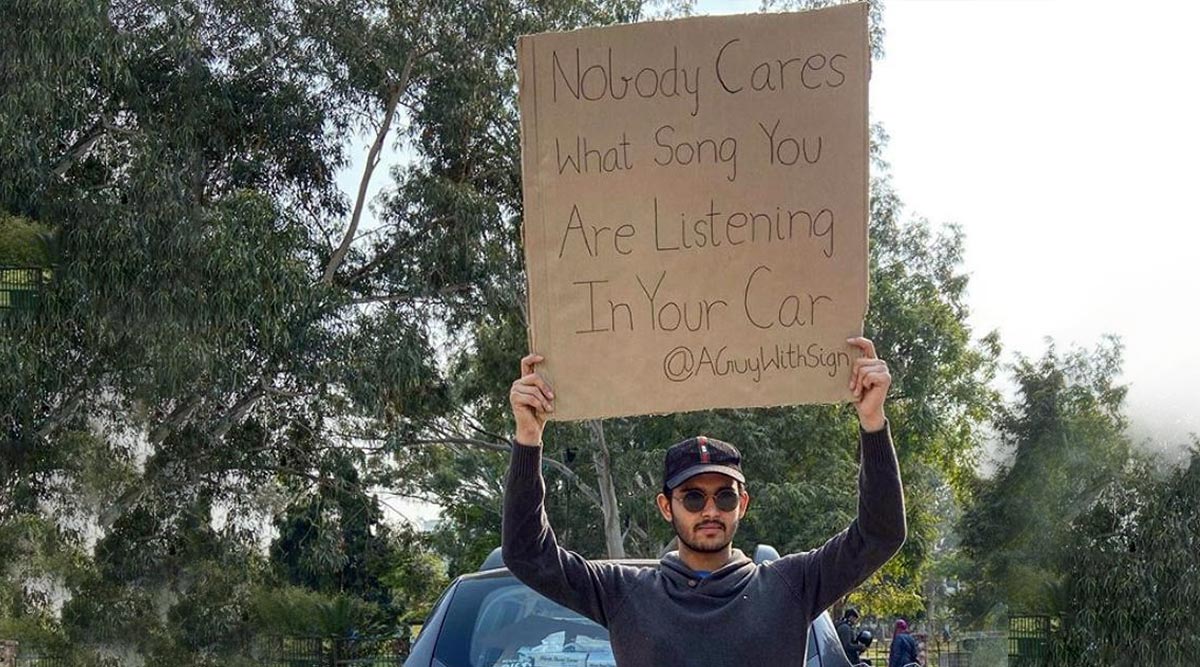 When it comes to change then some people have their own way to depict the message to the society with something new and unique means so that people admire and adapt the same way. One of the unique styles adopted by an Indian guy by making the best use of social media platforms. Indian Guy with a sign is a prominent Instagram personality who is a trending sensation and usually holds a placard in his hands with a unique but attention-seeking message on it, his Instagram handle is all about a man clasping a placard to figure out certain things that actually this realm needs to understand. It’s not just the messages on the placard but also his choice of location which adds on to the recreation. Outfitted in casuals, he always chooses a location that adds the most relatable and preciseness to his content on the placards. Almost all the posts have gathered thousands of likes with countless comments.

The contents are relatable numerous times because the context is about chafing day-to-day dilemmas and small but most ignored issues that people need to take care of. With more than 110K followers and about 9 posts, the profile has supervised to rub people’s funny bones with its most extensive and relatable content. With exceptionally new belief he is on his path to enrich the realm of the way people carry stuff and that's what segregates him from the crowd. Thus his Instagram profile is the live example of the remarkable manner to deliver a message to the society and its people regarding the dealing with certain small but most ignored issues.