Rajmata Jijabai Jayanti 2020: Celebrating The Valour of 17th Century Maratha Queen Who Was the Pillar of Swaraj Movement 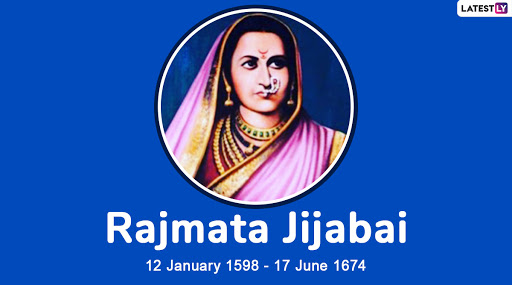 Popularly known as Rajmata Jijabai or Jijau, Jijabai Shahaji Bhosale was the mother of Maratha empire founder Shivaji. She was born on January 12, 1598, near Sindkhed, which is currently known as Buldhana district of Maharastra. Considered as Rajmata or Queen mother, Jijabai was the pillar of swaraj movement. On Sunday, the country is celebrating her 422nd birth anniversary.

Born in a family of Kshatriyas, Jijabai was actually the princess of Devgiri. Her father -- Lakhojiraje Yadav -- was a Yadava, but opted to be chieftains in the Sultan’s military. Since childhood, Jijau developed an intense hatred towards the invaders as they used to abduct the wives of the local Kshatriyas and meekly offer bribes to have their wives back. Chhatrapati Shivaji Maharaj Punyatithi: Twitter Pays Tribute to the Great Maratha Warrior on His 339th Death Anniversary.

When she grew young, she was married to the most valorous general of the Sultan’s army, Shahajiraje Bhosale. Following this, she lived in Pune. At a time when all the Maratha sardars had come together, the killing of a crazy elephant created distance between the Bhosales and the Jadhavs. With time, ego and greed between Marathas grew, but Jijau's intervention and intense patriotism ended the hostility between Jadhavs and Bhosales forever.

Her ideal for patriotism and love for Dharma got instilled in her son Shivajiraje. Jijau moulded Shivaji into an ideal ruler by sowing seeds of devotion to the nation and Dharma. She taught her son the art of warfare, possessing skills like horse riding, as well as mastery over the sword. Rajmata Jijabai is considered as a source of inspiration and referred to as an ideal Hindu woman who stood at the toughest time when women in India were in danger. She died on June 17, 1674, in Pachad.