Makar Sankranti 2020 Dishes: From the Til Gud Ladoo to Moong Dal Ki Khichdi, Traditional Recipes To Celebrate The Harvest Festival 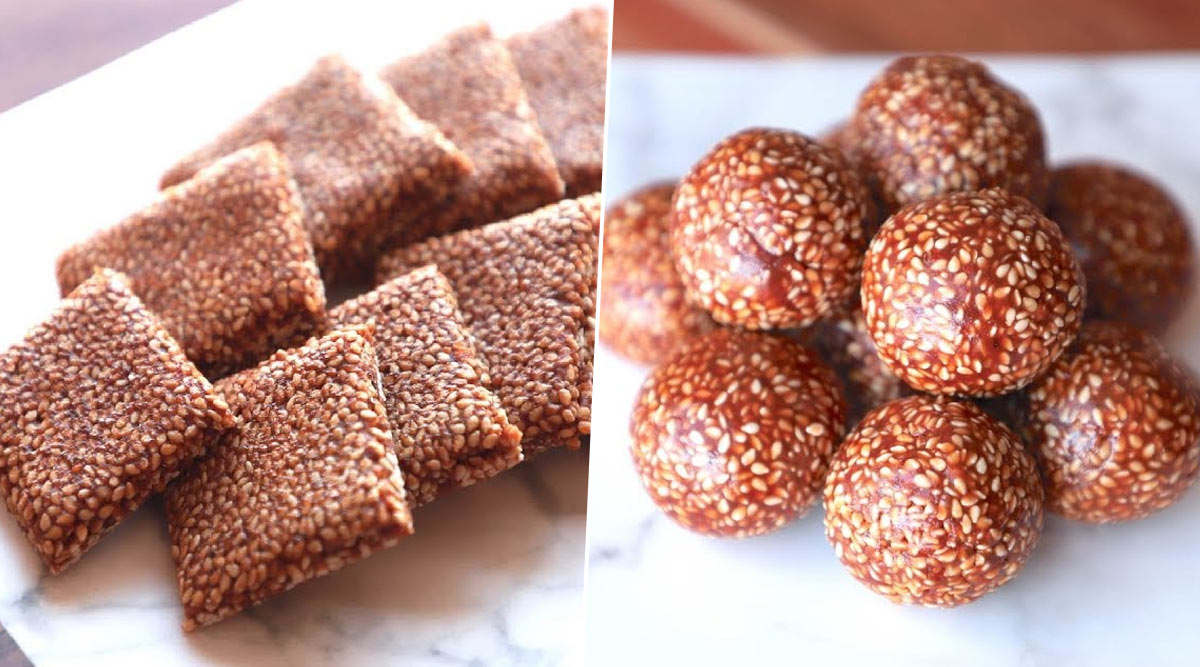 A new year, 2020 is here and so is a new opportunity to enjoy a series of Indian festivals. Indians start off with the vibrant harvest festival also knowns and Makar Sankranti. Some of you would know it as the day til-Gud laddoos are eaten and humble donations are made. For a deeper insight, Makara Sankranti, also known as Makara Sankrānti or Maghi is an important day on the Hindu Calendar, celebrated to worship deity Surya. Observed each year in the month of January, it marks the first day of sun's transit into the Makara. It is said that winters begin mellow down after this as the festival marks the end of the month with the winter solstice and the start of longer days. One of the most important parts of this celebration includes sweets made mainly using sesame and jaggery also known as Til-Gud Laddoos. International Kite Festival 2020 Date in Gujarat: History, Significance and Full Schedule of Uttarayan (Makar Sankranti) in Ahmedabad.

Since it is a harvest festival, the dishes prepared on this day mainly include ingredients like grains and fresh winter veggies. This is the reason why khichdi is prepared on this day because it is a perfectly balanced meal that includes grains, pulses, mild spices and veggies as well. Makar Sankranti is celebrated differently in different parts of India, mainly the northern part of it.

One of the most popular Makar Sankranti recipes is Moong Dal ki Khichdi. The festival itself is called "Khichdi" celebration in some parts of North India because how important the dish is. Here's a recipe video:

People from Gujrat like to prepare this unique blend of different veggies to mark the festival. The recipe contains various healthy vegetables, a combination of spices and grains. Here's a recipe video:

The Maharashtrian sweet delicacy, this recipe is prepared on most auspicious events during the year. This is made our of pulses and flour, in the form of parathas. Here's a recipe video:

Chikki is a sweet Indian candy that is made out of peanut or any other nut of your choice along with caramelised jaggery. It is hardened into chewable candies that you can eat and store for long. Here's a recipe video:

Probably the most important foods prepared on this auspicious day are Til Gud ke Ladoo. Made using Sesame seeds and jaggery these little sweet balls are the first thing eaten on this day traditionally. Here's a recipe video:

Happy Makar Sankranti, guys! Eating traditional, seasonal and locally found food items is also healthy. Probably this is the reason such festivals included certain food items. Foods like tilgul, til ke laddoo and pinniya are popularly made for Lohri celebrations. These delicacies also have a longer shelf life so they are stored as snacks.