Australia's peak medical body has called on the government to implement a tax on sugary beverages to combat obesity, diabetes and poor health. 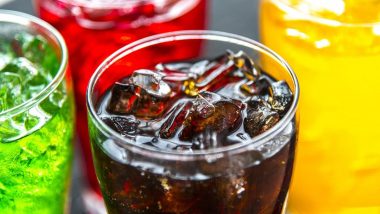 Canberra, June 9: Australia's peak medical body has called on the government to implement a tax on sugary beverages to combat obesity, diabetes and poor health.

In an address at the National Press Club Wednesday, President of the Australian Medical Association (AMA) Omar Khorshid advocated for a tax that would reduce the consumption of sugary drinks, Xinhua reported.   Australia Police Use App to Pull Off Biggest-Ever Sting Operation; Seize 3,000 kg of Illicit Drugs and A$45 Million ($34 Million) in Cash and Assets

"More than 2.4 billion liters of sugary drinks are consumed every year in Australia. That's enough to fill 960 Olympic-sized swimming pools," he said.

"Diabetes, obesity and poor vascular health are huge contributors to the burden on our health system."

"Sugary drinks, and in particular those which have little or no nutritional value, fuel this problem. It is time for action."

A study published by the Australian Institute of Health and Welfare in 2019 found that 9.1 per cent of Australian adults consumed sugar-sweetened drinks daily.

According to the Australian Bureau of Statistics, an average Australian consumes 60 grams, or 14 teaspoons, of sugar every day.

AMA has proposed that the retail price of sugar-sweetened beverages should increase by 20 per cent on average.

"It could save lives, and save millions of dollars in healthcare costs," he said.

"It would also generate revenue - we estimate about 814 million Australian dollars (about 630 million US dollars) annually - which we believe could be spent on other preventative health activities."

(The above story first appeared on LatestLY on Jun 09, 2021 05:02 PM IST. For more news and updates on politics, world, sports, entertainment and lifestyle, log on to our website latestly.com).