Australia Police Use App to Pull Off Biggest-Ever Sting Operation; Seize 3,000 kg of Illicit Drugs and A$45 Million ($34 Million) in Cash and Assets

The Australian Federal Police (AFP) have used a smartphone app to pull off its biggest-ever organised crime sting operation. 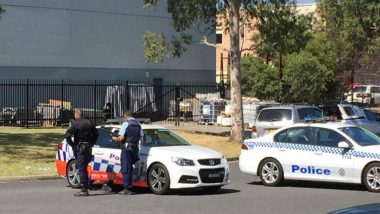 According to the Australian Broadcasting Corporation (ABC), AFP officers around the world on Monday carried out hundreds of search warrants, arresting and charging more than 200 alleged criminal underworld figures and seized more than 3,000 kg of illicit drugs and A$45 million ($34 million) in cash and assets.  Retired Australian K9 Sniffer Dog's Funny Reaction on Hearing the Word 'Cocaine' Goes Viral (Watch Video)

"Our investments to back in our law enforcement agencies, in particular the Australian Federal Police, has enabled them to work as part of major partnerships all around the world and take a leading role to spearhead this assault against organized crime."

The AFP alleged that criminal syndicates in Australia, Europe, Asia, South America and the Middle East have been exposed by the sting operation.

Reece Kershaw, Commissioner of the AFP, said 21 murder plots and the trafficking of billions of dollars of illegal drugs and firearms were disrupted by Operation Ironside.

"Today, Australia is a safer country because of this unprecedented AFP-led operation," he said.

Raids on AN0M users were carried out across Australia as well as in the US and Europe.

(The above story first appeared on LatestLY on Jun 08, 2021 03:08 PM IST. For more news and updates on politics, world, sports, entertainment and lifestyle, log on to our website latestly.com).