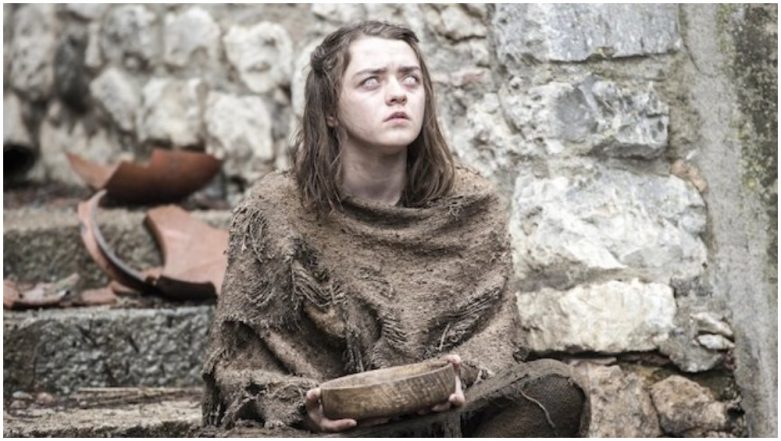 Game of Thrones is one of the most popular TV shows in the world, whose reach stretches from the USA to India. Every character, every scene and every quote from the series has become a cult favourite among the fans. From the snarky but wise Tyrion Lannister to the stone-faced Cersei to the man who knows nothing, Jon Snow, every major character in Game of Thrones have received iconic status. The same for Arya Stark aka The Girl Has No Name who won our hearts last season for killing The Night King. Emmy Awards 2019: Game of Thrones Tops Nomination List.

So it came as a surprise to us that Arya Stark's picture was being circulated by certain Twitter users as a Kashmiri girl, who suffered from the atrocities of the Indian army. Alas, if they knew the real Arya Stark, they would have known that her tormentors would bein trouble themselves if they even harmed a hair on her head. Ask The Waif.

Kashmiri girl who became blind after she was hit by pellet gun, her brothers, father & mother were mercilessly killed, her sister was raped by Indian Army now begging on street of Srinagar.

Anyway, the picture of the character, played by Maisie Williams, was taken from season 6, where she was blinded by Jaqen H'ghar, as a punishment for not following his orders. It is certainly not the picture of any Kashmiri girl who, according to the tweet, 'became blind after she was hit by pellet gun, her brothers, father & mother were mercilessly killed, her sister was raped by Indian Army now begging on streaet of Srinagar'!

Interestingly, the person who posted the picture is know for tweeting fake stories and pictures. The person's bio claims 'All Tweets are for fun'. But tell that to the people who fell for this picture, the ones who haven't watched or followed GoT. 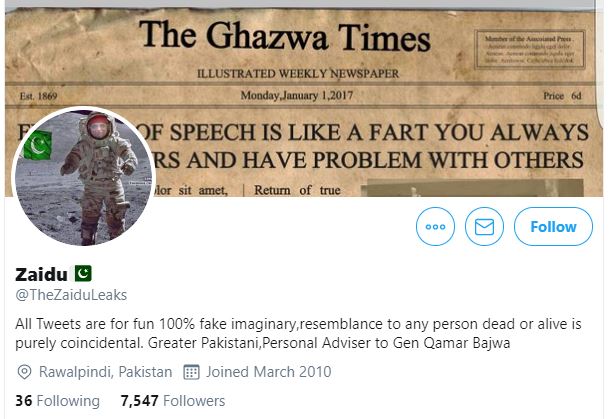 The Bio of the Twitter User who Shared the Picture

Like academician Madhu Kishwar, who, honestly speaking, may not have recognised Arya Stark but didn't believe the picture to be true.

This looks too filmy to be true. Would like @FactCheckIndia

to confirm if this is real victim. What are Zakat Funds used for if not for poor and vulnerable? https://t.co/5Q8JkqGABl

Smartly, though, there are a lot of Game of Thrones fans out there who recognised and tried to point out that it is Arya Stark, while slamming the user for sharing fake news. We wonder how would Arya react if she gets to know about this! Valar Morghulis!