We hope to see more brands making attempts to keep the voice of the legend alive. 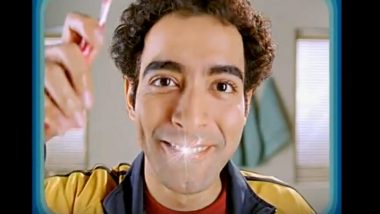 Today, April 11 is Bollywood's first superstar Kundanlal Saigal aka KL Saigal's 114th birth anniversary, the man who gave numerous musical hits that are still etched in our minds, even several years down the line. His unique nasal tonality is what stood out among his competitors. However, ask any youngster today about the legend and most of them have no knowledge about him. Therefore, we have seen few brands trying to keep alive the voice of the man through songs and jingles.

Do you remember the iconic Close Up ad with the popular jingle 'Kya Aap Closeup Karte Hain? it was an attempt to keep alive the voice and style of the legend through the caricatured version of his voice. Thanks to the catchy-jingle, his voice is still fresh in the minds of everyone.

Google also has paid their tribute to the man by making a special doodle, which shows the legendary man singing in the backdrop of a pre-independence era. Saigal left this world at an ealy age of 42 in 1947. His contribution to Hindi cinema will always be remembered for his immortal songs and acting. Legendary singers like Lata Mangeshkar, Kishore Kumar, Mohammad Rafi, and Mukesh have always regarded him as their inspiration. We hope to see more brands making attempts to keep the voice of the legend alive.

(The above story first appeared on LatestLY on Apr 11, 2018 12:00 PM IST. For more news and updates on politics, world, sports, entertainment and lifestyle, log on to our website latestly.com).