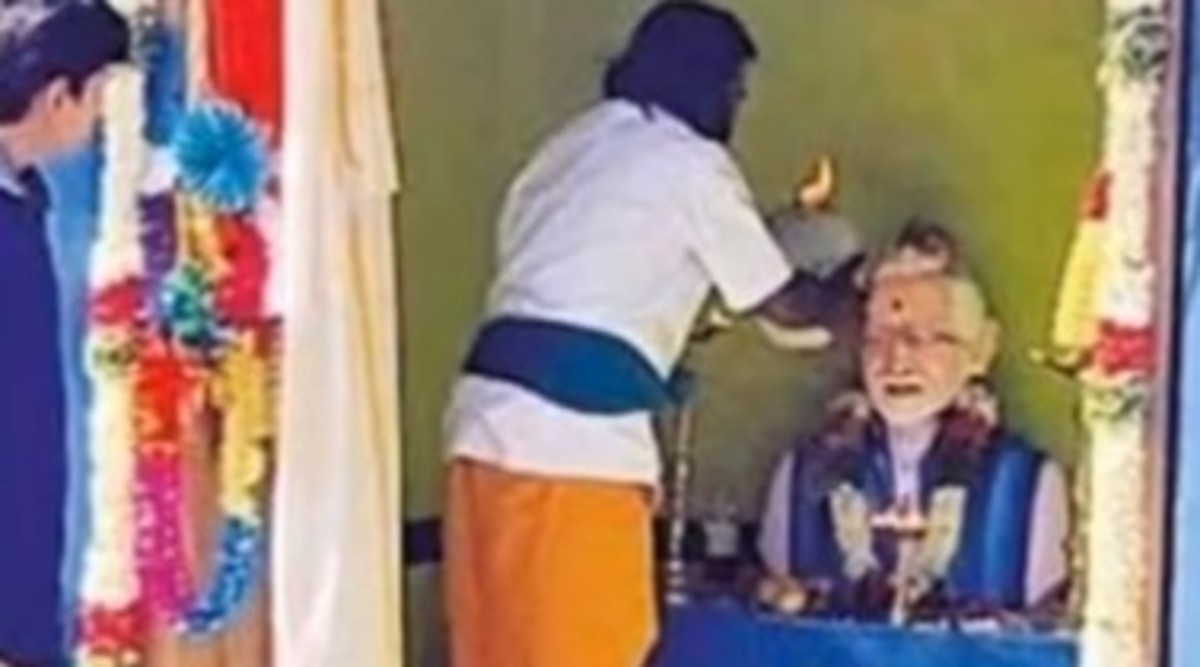 Tiruchirappalli, December 25: A farmer and fierce Bharatiya Janata Party supporter wanted to do something unique to show his love for Prime Minister Narendra Modi. So, he dedicated a temple for the PM in his farmland. The temple also has pictures of Mahatma Gandhi, former Tamul Nadu Chief Minister J Jayalalithaa, current CM Edapadi Palanisamy and Union Home Minister Amit Shah. The ‘NaMo Temple’ is located in Erakudi village near Tiruchirappalli, Tamil Nadu. PM Narendra Modi Meets His 'Exceptional' Fan Khimchand Chandrani Who Cycled 1,170 Km to Delhi.

The 50-year-old farmer, P Shankar, inaugurated the "NaMo Temple" last week and performs aarti every day. Shankar said that he was impressed by PM Modi for implementing several schemes such as the Pradhan Mantri Kisan Samman Nidhi (PMKSN). "I put my own hard-earned money Rs 1,20,000 to build the Temple for our PM. I did not borrow a single rupee,” Hindustan Times quoted him as saying. PM Narendra Modi’s Fan Jamuna Prasad Offers Free Rides to Haldwani Residents After BJP Stalwart’s Massive Win in Lok Sabha Elections 2019.

“I was thinking about appointing a priest to do rituals. But it may cost much. So, I am doing poojas on my own,” Shankar said. He also said that the footfall to his temple has been increasing day by day. At 150 people have visited NaMo temple in last three days, he told HT.

During the ongoing anti-citizenship amendment act protests, Shankar has been protecting the temple at night as protests are intensifying across the state. He believes that “CAA is good for the nation" and people are politicising the Law for their gain.