Scuba Diver, Jake Koehler Finds Diamond Ring That a TikTok User Threw Away in River After Husband Cheated on Her (Watch Videos) 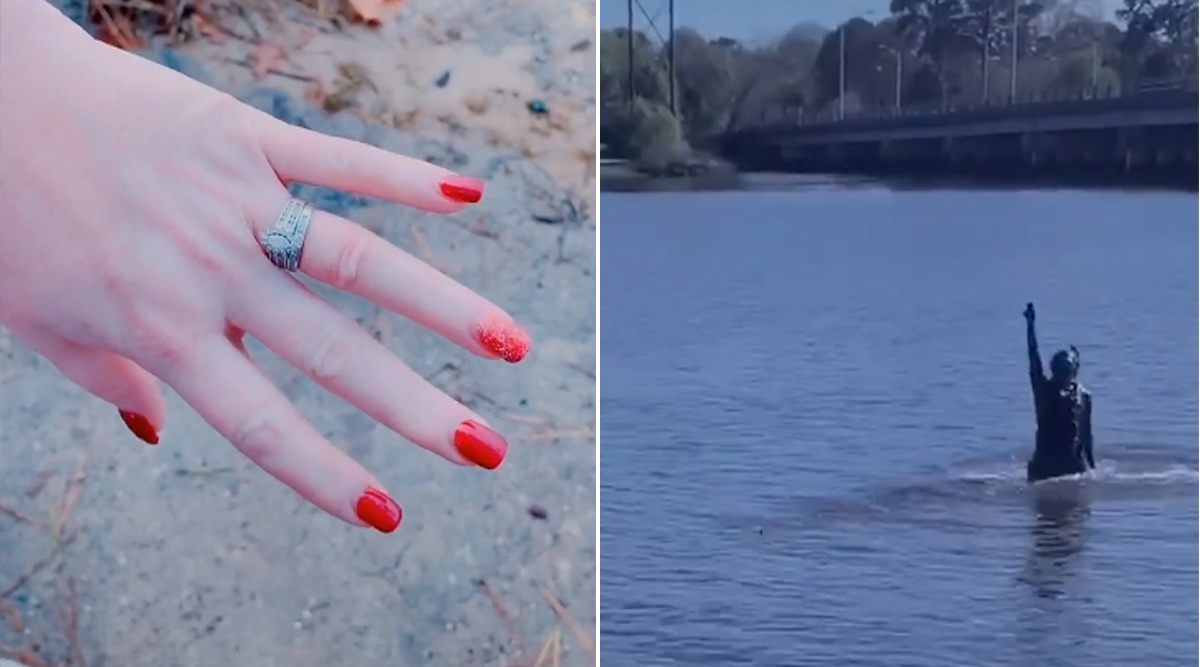 One person’s trash is another man's treasure! This idiom is best suited to the scuba diver Jake Koehler, who is popular making videos of his scuba diving and treasure hunting. His YouTube channel, which has over 10 million subscribers have clips of him discovering many things, diving underwater, from iPhones to Apple watches and even a fidget spinner. Koehler came across a TikTok video of a woman who threw away her engagement ring on the river after her husband cheated on her. The scuba diver did not know the woman or where the body of water from the video was. So, he used Google Maps to locate the spot and found the diamond ring. Ray Woolley, World’s Oldest Scuba Diver Breaks Own Record on 96th Birthday; World War II Veteran Plunges to Depth of 42.4 Metres for 48 Minutes.

TikTok user @tinktink79 uploaded a video about two and a half months ago, where she filmed herself throwing her diamond ring into a river. She revealed her 22 years of marriage ended after her husband cheated on her.

Koehler is from Georgia and with the help of the TikTok video and Google Maps, he discovered the spot, which was near Virginia Beach. It was over 20 hours drive. With no surety, if he would actually find the ring, he dived into the river—some loose change, a fork, an iPhone and eventually the woman’s engagement ring. “I drove over 20 hours to find this diamond ring,” Koehler tweeted.

I drove over 20 hours to find this diamond ring 💍 pic.twitter.com/SxlNKhKkXD

In the video, Koehler exclaimed, “It’s real, I thought she could’ve faked it.” In the follow-up tweets, he also revealed that he connected with the woman and told her she could have it back, if she were willing to. It will go in his treasure collection!