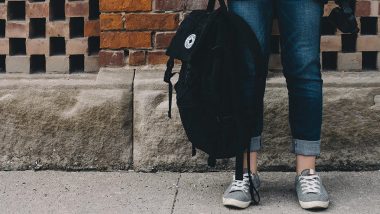 The Supreme Court hearing in the UGC case challenging the guidelines that mandate final year examinations was supposed to be held today, August 10, 2020. However, the decision has now been postponed to August 14, 2020. The University Grants Commission (UGC) has been granted time to file a reply on the affidavits to Delhi and Maharashtra Governments. Meanwhile, according to media reports, Solicitor General (SG) Tushar Mehta, who is appearing for UGC, stated that the students should continue to prepare for their final year exams. The disappointed students have flood Twitter, once again with #StudentsAgainstUGCGuidelines. Various tweets accompanying the said hashtag display the anger and dissatisfaction among students and their concerned parents for UGC’s decision to conduct the exams amid the pandemic.

When UGC released exam guidelines urging the colleges and universities to conduct the final exams mandatorily by the end of September, 2020, students opposed the decision and took to social media displaying their disagreement over it. A plea was filed by 31 students from 13 states and one union territory to cancel the exams. UGC’s decision to conduct the final year examinations was also opposed by several state governments like Maharashtra and West Bengal.

According to reports, in today’s hearing, SG Mehta question as to how states can cancel exams. He sought time to file a reply to the affidavits by the states. “Students should continue to prepare for the exams (final-year). If exams are not conducted, students cannot get the degree. That is the law,” SG Mehta was quoted in reports, as saying. #StudentsAgainstUGCGuidelines trends again on Twitter, as students display their disagreement of conducting the final year exams during a pandemic.

It's such a risk that UGC has allowed Universities and Institutions to conduct exams.

You are not allowed to risk lives of students.

While per day cases are going more then 65k Please cancel the exams.#studentsAgainstUGCGuidelines

UGC has not filed its reply till today's hearing. The SC has scheduled the next hearing on 14th Aug. Why is the UGC playing with the lives of the students? Why is this being delayed again and again?#StudentsInSCForJustice #StudentsLivesMatter #studentsAgainstUGCGuidelines pic.twitter.com/EQuf1YKhGC

Students against exams in the period of Pandemic hence fighting for justice in SC. Next hearing on 14th August.#StudentsInSCForJustice#StudentsLivesMatter#studentsAgainstUGCGuidelines pic.twitter.com/V7wpchHlSl

On July 30, UGC had informed SC that if students are unable to appear in the September exams, he or she will be given an opportunity to appear at the specially conducted exam at a later date. But the 31 lead petitioners refused to accept this and said that it would only create trouble for students if exams keep getting postponed. They plead the commission to cancel the final year exams in the interest of justice and students’ health as the number of coronavirus cases are increasing rapidly across the country.

(The above story first appeared on LatestLY on Aug 10, 2020 01:33 PM IST. For more news and updates on politics, world, sports, entertainment and lifestyle, log on to our website latestly.com).