The nannying princess will just have to ensure all activities follow the Disney theme. 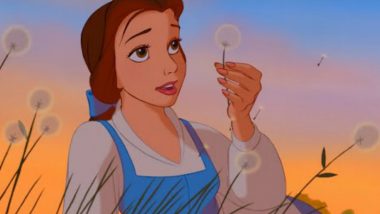 If you can sing, act and a fan of Disney Princesses, then this might be the perfect job for you. A wealthy couple in England is calling all the Disney-mad nannies for their 5-year-old twin daughters. Yes, you just need to dress up as different Disney Princess each day, be in character and take care of the kids in all your favourite fairy tale attire. Plus, the pay is handsomely good. According to the UK advertisement, the parents are offering to pay about 53,000 USD (more than Rs. 36 Lakhs) a year and cover all the expenses of the Disney princess costumes. It's a Girl! Iconic Disney Character Winnie The Pooh Was Originally a Female.

The unusual request for the part-time nanny has been posted by a couple residing in Brookmans Park, Hertfordshire, southeast England. The mother in the job advertisement letter stated that their five-year-old girls are obsessed with Disney and dressing up as them would be the best way to communicate moral values with them. She wrote, “Myself and my husband are looking for a part-time nanny to care for our twin girls during the week, but we want to hire someone to look after our children whilst in character as a different Disney princess every month, such as Princess Anna, Moana, Rapunzel and Princess Merida.”

The job vacancy details for a part-time nanny is available on a childcare website. “We know this isn't a normal request for nannies, however we think it would be a great way to teach our girls about things like determination, compassion, fearlessness and ambition from strong yet relatable female role models,” she adds. Mary Poppins Branded As Racist by US Academic! Twitter Was Quick to Defend Disney’s Classic.

The post quickly gained attention on social media platforms, and many users have shown their interest in the job role. The nanny will also be entitled to 25 days holiday plus bank holidays. Fans of the franchise who dream of becoming one of the fictional females, this job promising and so perfect. The nannying princess will just have to ensure all activities follow the Disney theme.

(The above story first appeared on LatestLY on Mar 22, 2019 06:43 PM IST. For more news and updates on politics, world, sports, entertainment and lifestyle, log on to our website latestly.com).