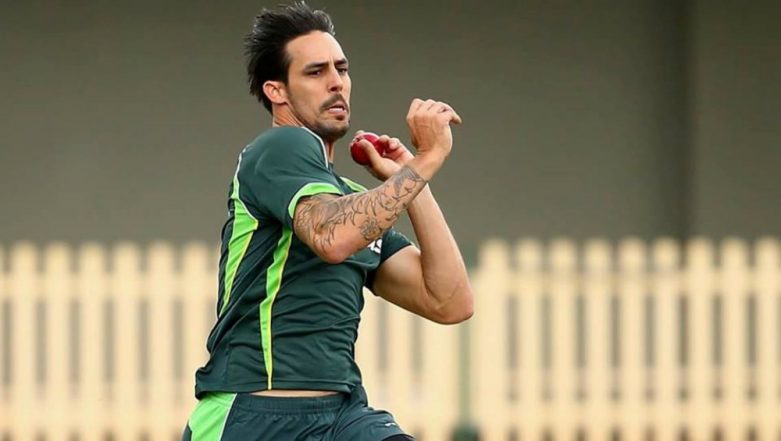 Mitchell Johnson does it again! The former Australian player has once again taken a jibe at Virat Kohli via a tweet and has suggested that he should retire that if he fails to score a century during the third test at the Melbourne Cricket Ground. The 37-year-old began the debate when he posted a picture of the road which highlighted the nature of the pitch in Melbourne. The Indian fans started taking potshots at the pacer for the same. Mitchell Johnson Takes a Sly Dig at Virat Kohli; Says Indian Captain Obsessed With Australia.

Johnson got into a Twitter banter with a netizen who asked him that if he was giving excuses for Virat scoring a hundred.  Johnson then went on to write, “No excuses, I’m not playing. If he doesn’t score 💯 plus on this, he should retire 😁.” Check out the whole conversation here. Mitchell Johnson Denies Interview With TOI, Newspaper Tweets Picture of Pacer With Journalist as Proof.

No excuses, I’m not playing. If he doesn’t score 💯 plus on this, he should retire 😁

Johnson’s comments on Virat Kohli has received flak from netizens. Recently, in his article for Fox Sports, he even criticised the Indian skipper and opined that he gets away more because of his stature. “Kohli gets away with more than most cricketers simply because he is Virat Kohli and he gets placed on a pedestal but this Test left the Indian captain looking silly,” he had written.