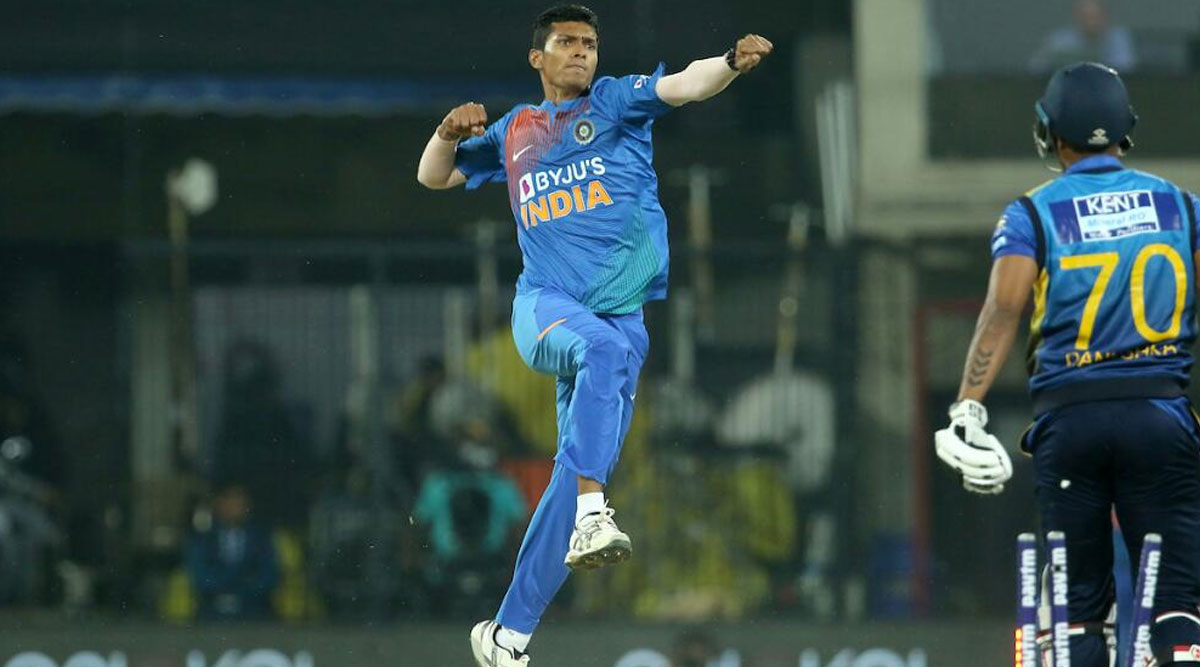 Navdeep Saini displayed a brilliant show of fast-bowling during the India vs Sri Lanka 2nd T20I and never allowed the Lankan batsmen to open their arms. The right-arm pacer was constantly bowling at over 145 kmph and impressed one and all. In his quota of four overs, Saini gave mere 18 runs and took two crucial wickets of Danushka Gunathilaka and Bhanuka Rajapaksa. Well, you, generally, don’t see another pacer stealing the limelight when Jasprit Bumrah in the line-up. However, that’s exactly what happened at the Holkar Stadium in Indore and Twitter got flooded with the praises for the speedster. India Vs Sri Lanka, Cricket Score 2nd T20I Match.

Some cricket lovers were left awestruck by witness Saini’s fiery spell while others batted for the pacer’s inclusion in the Test side. Well, the 27-year old certainly has pace, swing and bounce in his armoury which a pacer needs to excel in Test cricket and the Haryana-born cricketer could well prove out be an X-factor in the longest format of the game. Well, India’s next assignment in whites will be against New Zealand and let’s see, if the pacer will get a break or not. Meanwhile, let’s look at how Twitter reacted at Saini’s brilliance.

Mighty impressed with #navdeepsaini speed and accuracy so far . Just hoping he gets same accuracy in death overs... Will be great for India and RCB both.. #INDvsSL

Take a bow what a speedy bowling by #navdeepsaini 152.2kph 🇮🇳🇮🇳👌👌👌

I would love to see saini on fast and bouncy australian pitch..#INDvSL #navdeepsaini

#NavdeepSaini clocking every ball above 145 km/h is a delight to watch!#INDvSL #BleedBlue

Speaking of the match, Virat Kohli won the toss and elected to bowl first. The Indian bowlers justified the decision by putting on a brilliant bowling display and restricted the visitors for a peculiar score of 142/9. The score, certainly, doesn’t look enough in front of the potent Indian batting line-up which means Lasith Malinga and Co will have the put on an exceptional bowling performance in order to cause an upset.