On This Day: When Virender Sehwag Became the First Indian to Register Triple Century in Test Cricket 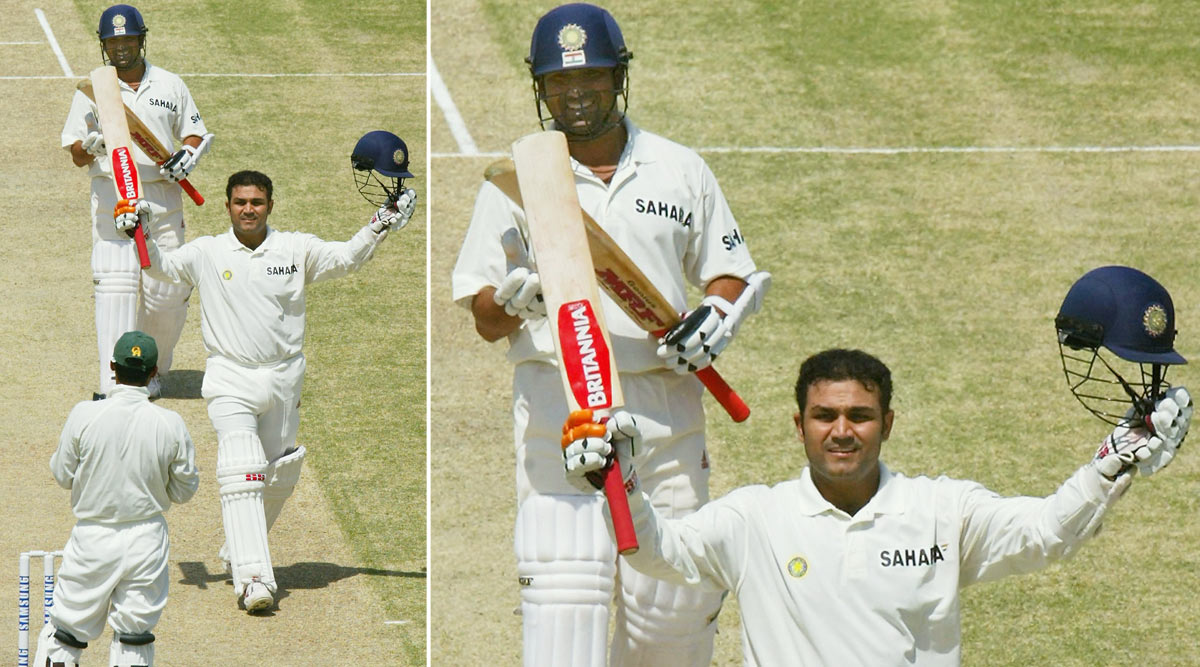 29 March will go down as one of the most significant dates in Indian cricket as on this day in 2004, Virender Sehwag became the first Indian to score a triple century in Test cricket and registered his name in history books. The occasion was India vs Pakistan 1st Test in Multan and the swashbuckling opener unleashed absolute mayhem. Batting first against the likes of Shoaib Akhtar and Saqlain Mushtaq, the right-handed batsman attacked the bowlers from the outset and scored runs all over the park. After the pacers failed to scalp his wicket with the brand new cherry, Pakistan skipper Inzamam-ul-Haq introduced spin into the attack but that didn't make any difference. Virender Sehwag Explains Importance of Janta Curfew in His Own Style.

Sehwag breached the 100-run mark in the second session of the day but his appetite for runs only seemed to be increasing. He became even more lethal after getting to his century and made a mockery of the potent Pakistani bowling line-up. He reached his double hundred in the last session of the day and the home side was baffled how far Sehwag will go.

Coming out to bat on Day 2 at his over-night score of 228 runs, the right-handed batsman didn't bring any difference to his approach as he took over from where he left off. Despite nearing his triple ton, the star batsman didn't slow down and the Indian cricket fans were enthralled. At 295, Sehwag smashed Mushtaq for a gigantic six and registered history.

Riding on his effort, the visiting side piled up 675/5 in the first innings and the fate of the game was decided. Pakistan couldn't even cross India's first innings total in their two outings and hence, lost the game by an innings and 52 runs.

Well, this wasn't Sehwag's only triple hundred in Test cricket as he achieved the milestone one more time in 2008 against South Africa. For a long time, he was the only Indian to hit 300 in Test cricket. However, a young Karun Nair achieved the feat in 2016 and joined Sehwag in the list.