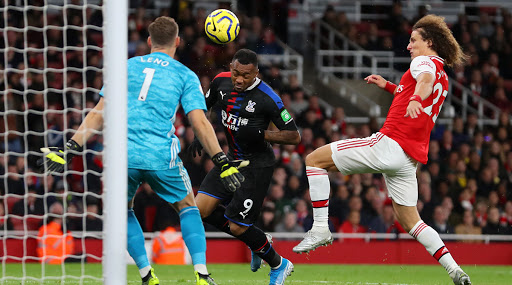 Arsenal will travel to face Crystal Palace as both teams look to cut the gap between them and the sides in the Champions League places. The match will be played at Selhurst Park on January 11, 2020 (Saturday). Gunners got their first win under new manager Mikel Arteta in their last Premier League game as they defeated Manchester United 2-0 and will look to continue that trend against an injury-plagued Palace side. Meanwhile, fans searching for live streaming details of Crystal Palace vs Arsenal clash can scroll down below for more information. Adrien Rabiot Transfer News: Midfielder Confirms Juventus Stay Amidst Speculations of Move to Arsenal.

Crystal Palace will be without Captain Luka Milivojevic as the Serbian was sent off during the FA Cup loss against Derby and will miss three games due to suspension. New loan signing Cenk Tosun will be available and is expected to start this clash. Wilfried Zaha amid his transfer rumours can take his place in the starting XI for this game while Joel Ward, Jeffery Schlupp, Andros Townsend will all miss out due to injuries. Arsenal, on the other hand, have Hector Bellerin back after missing the last eight games and will undergo a late fitness test. Fellow defenders Kieran Tierney and Calum Chambers will miss this clash as both are out injured.

The Premier League 2019-20 clash between Crystal Palace and Arsenal will be played on January 11, 2020 (Saturday) at Selhurst Park. CRY vs ARS clash is scheduled to start at 06:00 pm IST (Indian Standard Time).

Where to Watch the Live Telecast of Crystal Palace vs Arsenal, Premier League 2019/20 Season Football Match? TV Channels in India

Crystal Palace vs Arsenal football match will be streamed live on Hotstar as it is the official streaming partner of Premier League 2019-20. Meanwhile, football fans can follow LatestLY for CRY vs ARS match updates.