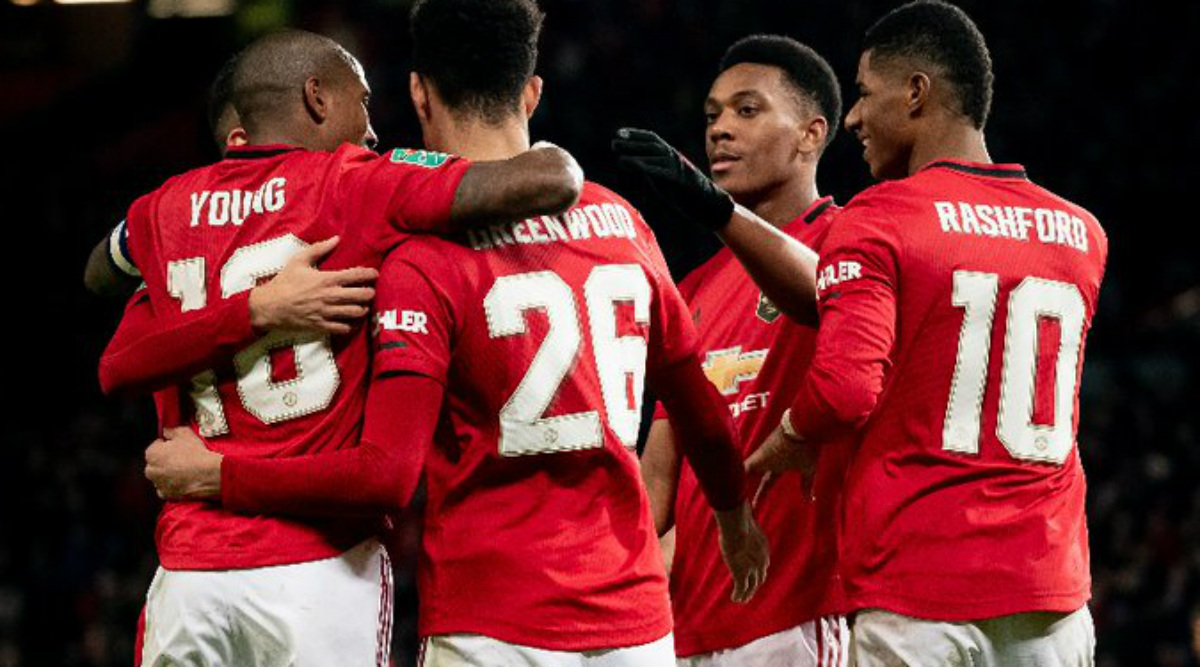 Manchester United vs Burnley, Premier League 2019-20 Live Telecast & Online Live Streaming: The injury to Marcus Rashford has certainly dented Manchester United’s hopes for Champions League qualification and the 0-2 defeat to Liverpool at the weekend showed why Rashford was integral to United’s hopes for a top-four finish. Manchester United vs Burnley Premier League 2019-20 encounter will be played at Old Trafford on January 23, 2020 (Thursday). Anthony Martial and Marcus Rashford were on the scoresheet as United ran out 2-0 winners when both these teams met earlier in the league and while the latter is out with a long-term injury, the former will hope to find the net again after missing an absolute sitter to level the scores for United at Anfield. Meanwhile, for live telecast, online live streaming and score updates of Manchester United vs Burnley (MUN vs BUR) league clash, please scroll down.  Bruno Fernandes Transfer Update: Manchester City Set to Hijack Portugal Midfielder From Manchester United's Grasp.

United were trailing 0-1 when Martial missed a sitter from two yards out from a move he had started and had Andreas Pereira involved. Martial, who has scored 8 times in the Premier League this season, shot high into the stands despite being clear on goal. The Frenchmen is United’s undisputed striking choice in Rashford’s absence. Despite the defeat at Anfield, United coach Ole Gunnar Solskjaer will be happy with United’s home record where they have scored 8 times in last two league games. Manchester United vs Burnley Dream11 Prediction in Premier League 2019–20.

Burnley coach Sean Dyche, on the other, will look to history to inspire hope. Burnley have walked-off with at least a point from their last three encounters at Old Trafford. He will miss the experience of Ashley Barnes, who underwent a hernia operation, but will have Jay Rodriguez back in contention. Burnley upset Leicester City 2-1 at home in their previous league match, putting an end to their run of five winless games, but have lost both of their last two away league games.

Manchester United vs Burnley match in Premier League 2019-20 will be played at Old Trafford on January 23, 2020, as per Indian time. MUN vs BUR league clash is scheduled to start at 01:45 am IST (Indian Standard Time).

Where to Watch the Live Telecast of Manchester United vs Burnley, Premier League 2019/20 Season Football Match? TV Channels in India

Hotstar, the official online media streaming outlet of Star Network, will be live streaming the Manchester United vs Burnley league match for its online fans in India. Meanwhile, Viewers can follow LatestLY for the MUN vs BUR Premier League 2019-20 live score updates.

United, despite the dismal run injury-prone side that they have been of late, find themselves just 6 points off the top four. United are ranked 5th with 34 points from 23 games and nine wins. Burnley from the same number of matches have 27 and are languishing in the 14th place just 4 points away from the relegation zone.