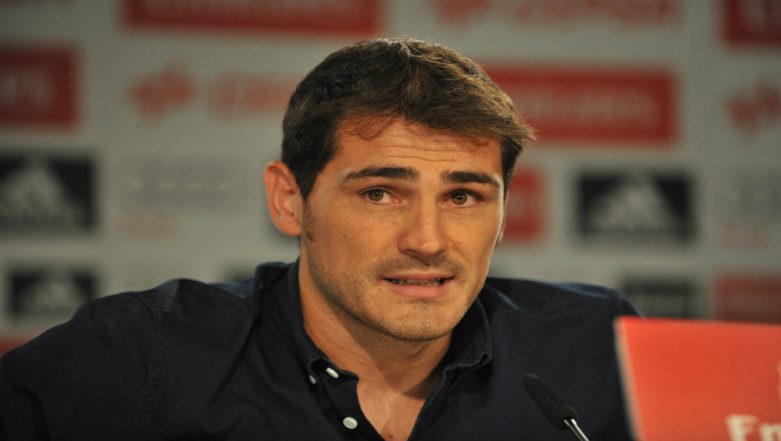 Lisbon, May 2: Porto goalkeeper Iker Casillas suffered a heart attack but is out of danger, the Portuguese club said.

Porto said Casillas suffered a sudden heart attack after training during a practice session and was then rushed to a hospital for emergency treatment. It is also reported that Casillas's "heart condition has been resolved" and he was out of danger after receiving surgery, reports Xinhua news agency. Iker Casillas Hospitalised After Suffering a Heart Attack, Footballers Pray For Former Real Madrid Goalkeeper.

The 37-year-old Spaniard extended his contract with the club until the end of the 2019-2020 season in March. He joined Porto in 2015 before which he played 16 seasons for Real Madrid. He helped the club win five Spanish league titles and three Champions League trophies and is the second highest . He also captained Spain to victory at the 2010 World Cup and to the 2008 and 2012 Euro titles.

Casillas' performance has been impressive this season. Porto currently ranks second in the Portuguese Primeira Liga, two points behind Benfica. This accident could cast a shadow over their pursuit to retain the title, with only three games to play this season.

It still remains uncertain whether the veteran goalkeeper can continue his career, but Casillas is sure to miss all games this season.