Roma vs Juventus, Serie a 2019–20 Free Live Streaming Online & Match Time in IST: How to Get ROM vs JUV Live Telecast on TV & Football Score Updates in India? 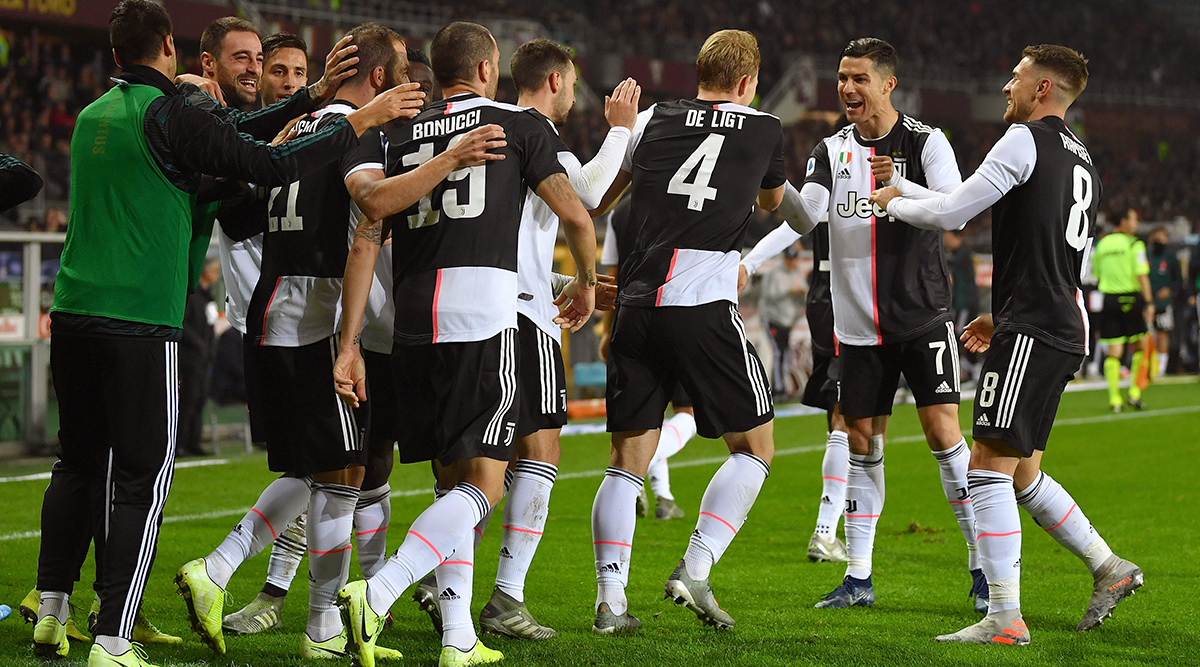 Juventus have the chance to climb to the top of the Italian Serie A table when they face AS Roma in what should be a pulsating game of football. Defending champions Juventus are involved in a fierce title rivalry with Inter Milan this season. Both the team do not look like ceding an inch of ground so far and after many years, Juventus have competition on their hands. AS Roma have Champions League qualification on their minds and a win at home against the Bianconeri will consolidate their position at fourth. They lost their last game against Torino but had 3 wins in 4 prior to that defeat. Fans searching for Roma vs Juventus live streaming can scroll down below. Team Juventus Sweats it Out Ahead of the Game Against Roma in Serie A 2019-20 (See Pics and Video).

Davide Zappacosta, Henrikh Mkhitaryan, Federico Fazio, Javier Pastore, Justin Kluivert and Davide Santon are all out of the contest which is a huge blow for the home team. Edin Dzeko will be the lone man upfront for the Romans and that means the veteran striker has to put in a real shift in the attacking third. He will have Lorenzo Pellegrini though for support but given the way Roma plays, the playmaker will often drop deep to receive the ball. Nicolo Zinolo and Diego Perotti will provide the width from the wings for AS Roma. Zlatan Ibrahimovic Scores on His Full Debut As AC Milan Beat Cagliari 2–0 in Serie A 2019–20 Clash (Watch Video).

Cristiano Ronaldo got a hat-trick for Juventus in the last game and his form will be crucial for the Bianconeri against Roma. He will be in the company of Paulo Dybala and Aaron Ramsey upfront with Gonzalo Higuain on the bench. Rodrigo Bentancur is suspended which gives Adrian Rabiot a chance to start. With Matthijs De Ligt relegated to the bench, Merih Demiral will partner Leonardo Bonnuci at the back.

When is Roma vs Juventus, Serie A 2019-20 Football Match Schedule (Date, Time and Venue Details)?

The Serie A 2019-20 between Roma and Juventus will be played at the Stadio Olimpico in Rome. ROM vs JUV league match will be played on January 12, 2020 (Monday) and is scheduled to start at 01:15 am IST (Indian Standard Time).

How to Watch Live Telecast Roma vs Juventus, Serie A 2019-20 Football Match?

Sony Pictures Network (SPN) will telecast the Roma vs Juventus match live as it is the official broadcaster for Serie A 2019-20 in India. ROM vs JUV encounter will be telecast live on Sony Ten channels.

Where to Get Free Live Streaming Online of Roma vs Juventus, Serie A 2019-20 Football Match?

Sonyliv, the official online media streaming site of Sony Network, will be live streaming the Roma vs Juventus game for its online fans in India. A  S Roma at home is a daunting task for Juventus and a draw looks the most probable result from this clash.