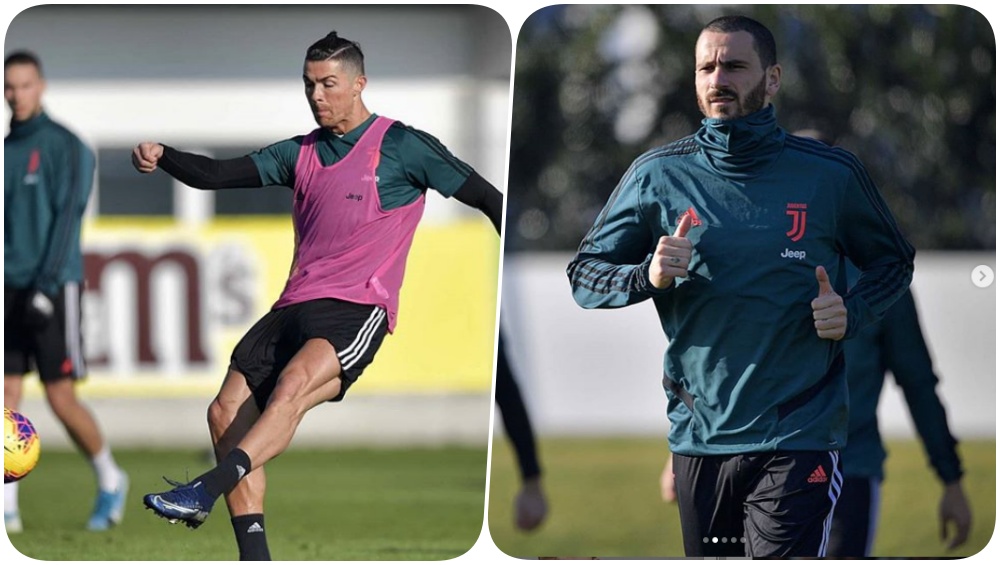 Team Juventus is all set to take on Roma in the Serie A 2019-20 game. The match is all set to happen on Sunday, January 12 at the Stadio Olimpico. Ahead of the game, the Bianconeri was seen sweating it out for the game. The pictures of the practice session were shared on social media by the official account of Juventus. Cristiano Ronaldo and men won the last game by 4-0 against Cagliari where the Juventus star was seen slamming his first hat-trick in Serie A which they won by 4-0. Cristiano Ronaldo Scripts History After His Hat-Trick Against Cagliari, Becomes the Only Player To Have Hit Hat-Tricks in Italy, England, Spain & World Cup.

Juventus is currently placed on number two of the Serie A 2019-20 points table with 45 points in their kitty. Whereas Inter Milan stands at number one with the same number of games. Lazio is placed on number three with 39 points whereas, Roma is on number four with 35 points. For now, let’s have a look at the pictures and videos of the practice session from Turin. Performance is Most Important Aspect: Ronaldo After Scoring Hat-trick.

Sun is out! ☀️ Let's get working 💪 pic.twitter.com/dr0eOIb52A

Pumping up for #RomaJuve! ☀️💪

Juventus so far in Serie A 2019-20 has lost one game against Lazio. however, with a great start to the season, Juventus will be surely looking forward to continuing their winning momentum.