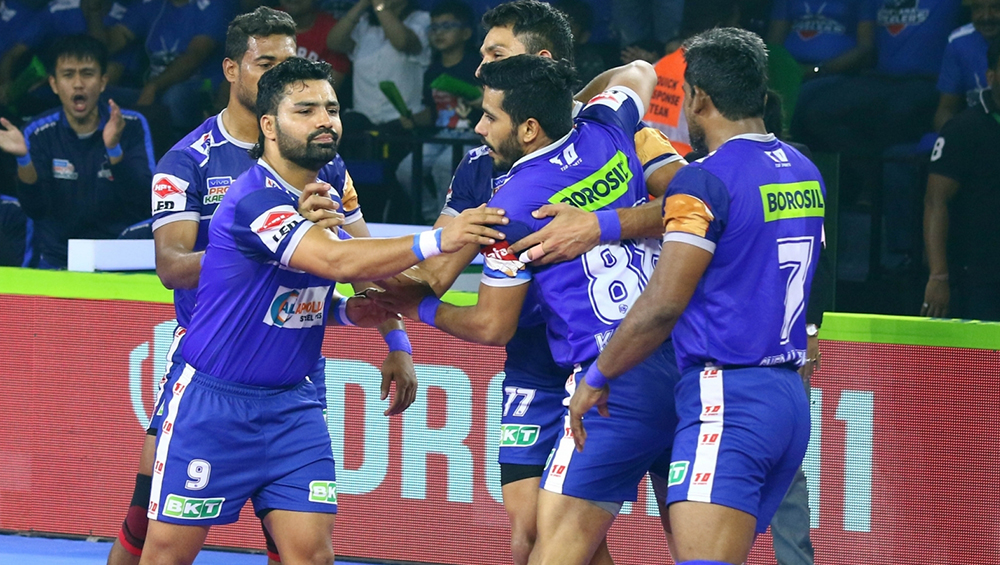 Here’s the second clash of the PKL 2019, where Haryana Steelers will lock horns with Bengaluru Bulls at the Tau Devilal Complex in Panchkula. Led by Rakesh Kumar, Haryana Steelers are placed on number three of the PKL 2019 points table and have already made it to the playoff. Whereas, there is a tough tug of war between Bengaluru Bulls, UP Yoddha and U Mumba for a spot in the plays off as have 58, 58 and 59 points respectively. So a win here would further boost their chances for the playoff. Before getting into the live streaming let’s have a look at what happens when HAR and BLR locked horns with each other earlier this season. Haryana Steelers Vs Bengaluru Bulls Live Pro Kabaddi Score Match 118.

Haryana Steelers vs Bengaluru Bulls, opening match of PKL season 7 will be played on October 2, 2019 (Wednesday). Action will take place at the Tau Devilal Complex in Panchkula with the match scheduled to start 8:30 pm IST.

Haryana Steelers vs Bengaluru Bulls PKL game can be live-streamed on Hotstar. Hotstar is the official digital platform of Star Sports and will be live streaming the game.