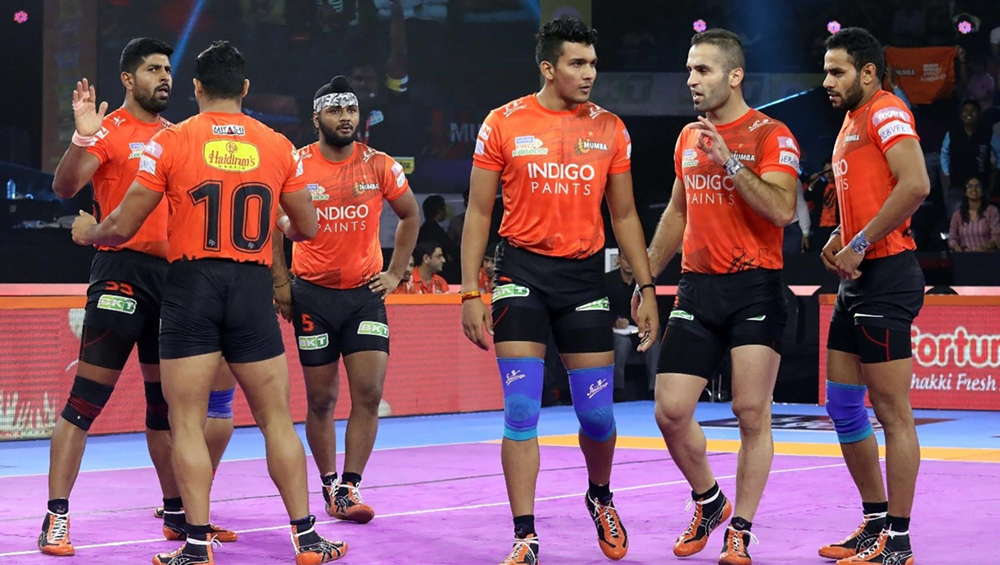 In the second eliminator of the PKL 2019, we have U Mumba locking horns with Haryana Steelers at the EKA Arena in Ahmedabad. The two teams have met each other twice in the tournament so far where the two teams win a single game each. The Eliminator two of the PKL 2019 will needlessly be a mouth-water contest between the two teams. Before getting into the live streaming details of MUM vs HAR, let’s have a look at their head-to-head record of the teams and the players to look forward to. U Mumba Vs Haryana Steelers Live Pro Kabaddi Score Match Eliminator 2.

Team U Mumba will be pining up their hopes on raider Abhishek Singh who has an average of 7.1, scoring 8 Super 10s and 135 raid points will be the player to look forward to. Iran’s Fazel Atrachali who has 78 tackle points under in his kitty, will also be the defender to watch out for from U Mumba. Vikash Kandola, the raider from Haryana Steelers has played a vital role in contributing 178 of their 460 raid points.

With 6 Super Raids and 10 Super 10s to his name, Kandola will surely be looking forward to reach the 200- point mark. Right Corner Sunil is just four points short of reaching the 100 point mark and will be the player to watch out for. Now, let’s have a look at the live streaming details of the match.

U Mumba vs Haryana Steelers, opening match of PKL season 7 will be played on October 14, 2019 (Monday). Action will take place at the EKA Arena in Ahmedabad with the match scheduled to start 8:30 pm IST.

U Mumba vs Haryana Steelers game can be live-streamed on Hotstar. Hotstar is the official digital platform of Star Sports and will be live streaming the game.