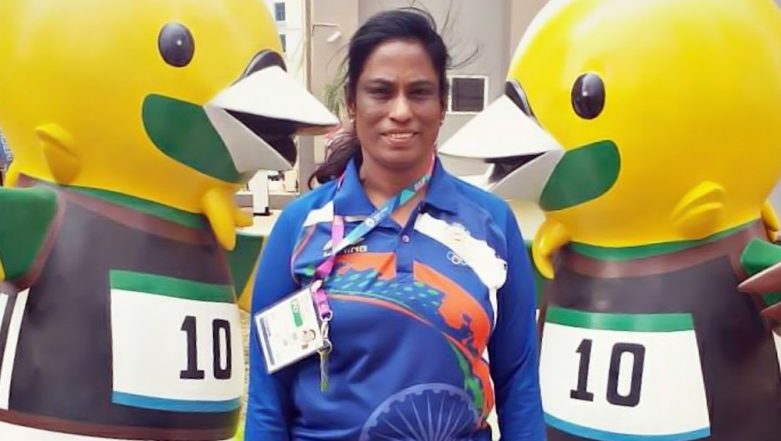 New Delhi, August 14: Former Indian athlete and Olympian P.T. Usha has been appointed as a member of the Athletes Commission of the Asian Athletics Association (AAA). Usha will be one of the six members of the AAA Athletes Commission, which will be headed by 1992 Olympics gold medallist hammer thrower Andrey Abduvaliyev of Uzbekistan. Narendra Modi Follows Koena Mitra, Sania Mirza, PT Usha and 52 Other Women on Twitter to Mark Raksha Bandhan.

"I am confident that you will bring your sound knowledge and expertise and we look forward to your continued contribution to the development and success of Asian Athletics," said newly-appointed AAA Secretary-General A. Shuggumarran in the letter of appointment dated August 13."It is an incredible honour to be part of the member of Athletes Commission of the Asian Athletic Association. I express my sincere gratitude," tweeted Usha along with a photo of the letter. Katrina Kaif to Play the Lead in PT Usha Biopic; Was Priyanka Chopra Jonas the First Choice?

Usha is known for her stellar performance at the 1984 Los Angeles Olympics, where she missed the bronze medal in the 400m hurdles finals by 1/100 second. The 'Payyoli Express' was awarded with the prestigious Arjuna Award in 1983. Two years later in 1985, she was conferred with the Padma Shri Award.