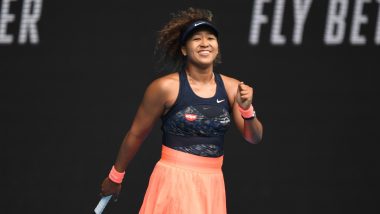 The Australian Open 2022 is all set to begin from January 17 in Melbourne in Australia. The tournament will conclude on January 30, 2022.  This will be the first grand slam of the year and the fans are surely eager to watch the proceedings of the tournament. Novak Djokovic and Japanese tennis star Naomi Osaka are the defending champions of the game. In this article, we shall be looking at the last five winners of the AO. Ashleigh Barty and Aryna Sabalenka are in contention for the world's No. 1 singles ranking. Now, let's have a look at the last five women champions of the Australian Open. Australian Open 2022: List of Last 5 AO Men’s Singles Winners.

2020 Women's Singles Aus Open Winner: Sofia Kenin was the winner of the Australian Open 2020. The match ran into three sets as she defeated Spanish tennis star Garbine Muguruza. The USA tennis star went on to win the game 4–6, 6–2, 6–2.

2019 Women's Singles Aus Open Winner: Naomi Osaka had won the Australian Open 2019 and the game turned out to be quite an interesting one. Naomi Osaka won against Petra Kvitova by 7-6(2) 5-7 6-4.

2017 Women's Singles Aus Open Winner: The Williams sister locked horns with each other in the finals of the 2017 Australian Open. The match was a treat to watch for the fans but in the end, Serena Williams walked away with the match 6-4 6-4.

(The above story first appeared on LatestLY on Jan 15, 2022 05:40 PM IST. For more news and updates on politics, world, sports, entertainment and lifestyle, log on to our website latestly.com).