To protect the memory stack from attackers, Google revealed that its Chrome 90 has adopted a new Windows 10 security feature called "Hardware-enforced Stack Protection". 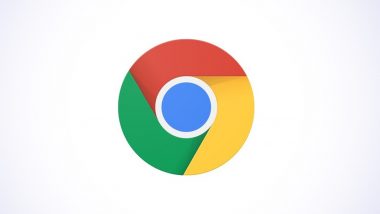 The added protection is enabled in Chrome 90 on Windows 20H1 with December update or later and on Intel 11th Gen or AMD Zen 3 CPUs, which feature Control-flow Enforcement Technology (CET), ZDNet reported.

For several years, Intel and Microsoft have been working on CET to thwart ROP attacks, which can bypass existing memory-exploit mitigations to install malware, the report said. CET introduced "shadow stacks", which are used exclusively for control transfer operations. These shadow stacks are isolated from the data stack and protected from tampering, it added.

"CET improves security by making exploits more difficult to write. However, it may affect stability if the software that loads itself into Chrome is not compatible with the mitigation," the Chrome security team said.

Google's Chrome platform security team warns that the shadow stack might cause problems for some software loaded into Chrome. Google, however, has also provided details for developers who need to debug a problem in Chrome's shadow stack. Developers can see which processes have Hardware-enforced Stack Protection enabled in Windows Task Manager, the report said. Google describes ROP attacks as where "attackers take advantage of the process's code, as that must be executable".

(The above story first appeared on LatestLY on May 06, 2021 10:19 AM IST. For more news and updates on politics, world, sports, entertainment and lifestyle, log on to our website latestly.com).