Google has said that every day, Gmail blocks more than 100 million phishing attempts and Google Play Protect scans over 100 billion apps for malware and other issues, as cyber attacks by nation-states and criminals are increasingly becoming brazen and effective. 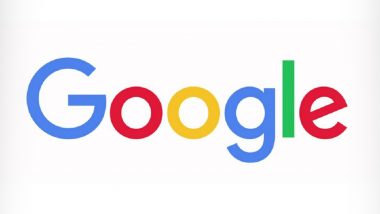 New Delhi: Google has said that every day, Gmail blocks more than 100 million phishing attempts and Google Play Protect scans over 100 billion apps for malware and other issues, as cyber attacks by nation-states and criminals are increasingly becoming brazen and effective. The past six months have seen some of the most widespread and alarming cyber attacks against the digital infrastructure in history -- against public utilities, private sector companies, government entities and people living in democracies around the world. Google Shares $2M Black Founders Fund Among 30 Startups In Europe.

"We are deeply concerned by these trends. Security is the cornerstone of our product strategy. We have dedicated teams like Project Zero who focus on finding and fixing vulnerabilities across the web to make the internet safer for all of us," said Kent Walker, SVP of Global Affairs at Google.

Google said that in the US, the company is committed to supporting the most recent White House Cybersecurity Executive Order, which makes critical strides to improve America's cyber defenses in key areas. Google said that it strongly supports modernising computing systems, making security simple and scalable by default, and adopting best practices like zero trust frameworks.

"As we saw with SolarWinds and the Microsoft Exchange attacks, proprietary systems and restrictions on interoperability and data portability can amplify a network's vulnerability, helping attackers scale up their efforts," Walker emphasised. "At Google, we've emphasised securing the software supply chain and we've long built technologies and advocated for standards that enhance the integrity and security of software," he added. "Governments need industry-wide support and we are ready and willing to do our part," Walker said.

Taking a tough stand on growing ransomware attacks, the Federal Bureau of Investigation (FBI) and US Justice Department have announced to treat such cyber incidents as terror attacks. Major meat producer JBS USA has suffered a cyberattack and the ransom demand came from a criminal organisation likely based in Russia.

The latest ransomware attack came weeks after a similar cyberattack targeting Colonial Pipeline, which forced the company to shut down approximately 5,500 miles of fuel pipeline for days. Meaningful improvement in cybersecurity, said Google, will require the public and private sectors to work together in areas like sharing information on cyber threats; developing a comprehensive, defensive security posture to protect against ransomware; and coordinating how they identify and invest in next-generation security tools.

(The above story first appeared on LatestLY on Jun 09, 2021 12:31 PM IST. For more news and updates on politics, world, sports, entertainment and lifestyle, log on to our website latestly.com).