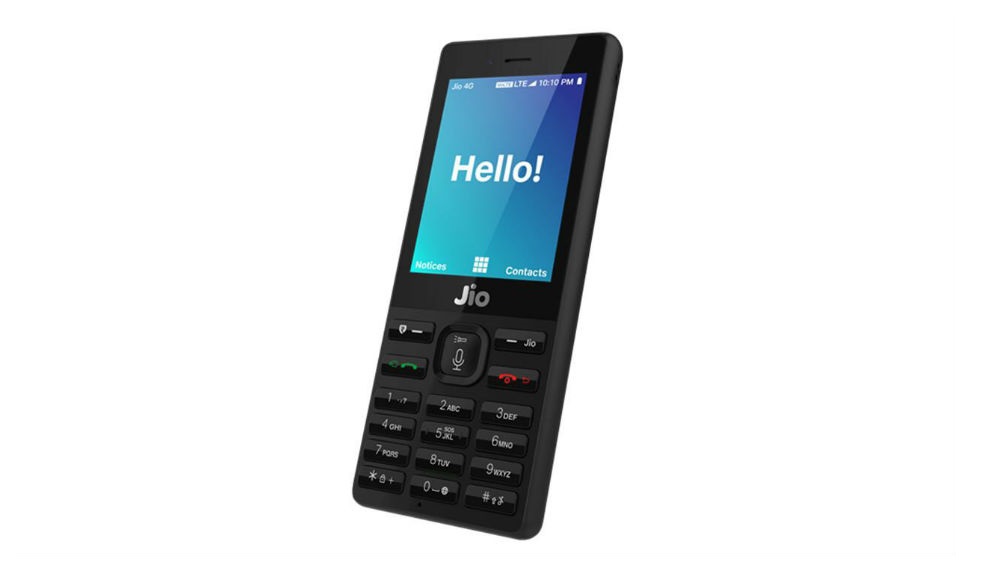 India's leading telecom major Reliance Jio is gearing up to launch a new feature phone for the Indian consumers. The new true-blue feature phone will be named as JioPhone Lite that is expected to be rolled out soon. The company is eyeing to launch a more affordable version of its regular JioPhone which will not support internet functionality. According to the market reports, this new feature phone from Jio will be made primarily for calling purposes. JioPhone Lite Reportedly Launching in India Soon; Expected Price, Features & Specifications.

It is important to note that the upcoming JioPhone Lite could be priced below Rs 400. Many reports claim that the price of JioPhone Lite will fall somewhere around Rs 400. It is speculated that Reliance Jio might price the calling-centric feature phone at Rs 399. And, the customers will have to recharge with Rs 50 pack. It is important to note that both Airtel and Vodafone customers will have to make mandatory recharge every month for continued services.

Reportedly, the company might be looking to target this set of customers with its new device. As far as the package is concerned, the company will be offering unlimited calls to Jio and landline numbers free with a validity of 28 days. However, the customers will also get bundled minutes for calling to other networks. JioPhone Vs JioPhone 2: Price & Features Compared; Should You Buy Jio's Most Affordable Smart Feature Phone This Diwali At Rs 699?

It is rumoured that the upcoming JioPhone Lite would be formed on top of the original JioPhone with a small display screen and an alphanumeric keypad. Interestingly, there are chances that the company is only carrying surveys for feasibility with no actual plans to introduce such as device. Though Jio is already the market leader, the company has been facing constant pressure from other telecom players.

Moreover, Reliance Jio is looking to target the undeserved segments with the new calling-centric feature phone, which reportedly might make its India debut soon. Notably, there are several customers in the market that still use feature phones. The company has also highlighted that there are more than 500 million feature phone users in the country.