Ahead of its launch, the Samsung Galaxy M32 smartphone has reportedly appeared on the Google Play Console revealing key specifications and other features. 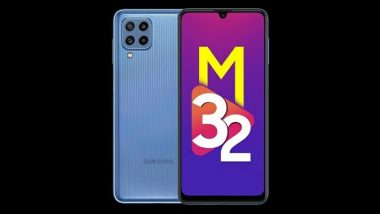 Samsung, the South Korean technology giant will announce the prices of the Galaxy M32 in India on June 21 at 12 PM IST. Ahead of its launch, the phone has reportedly appeared on the Google Play Console revealing key specifications and other features. It will be introduced in the market as a successor to the Galaxy M31 that made its India debut in February 2020. Samsung Galaxy S21 FE Likely To Come With 25W Fast Charging Support: Report.

The phone is tipped to get MediaTek Helio G80 SoC, FHD+ display and Android 11 OS. It has also surfaced on the Google Play Supported Devices list in two distinct versions. 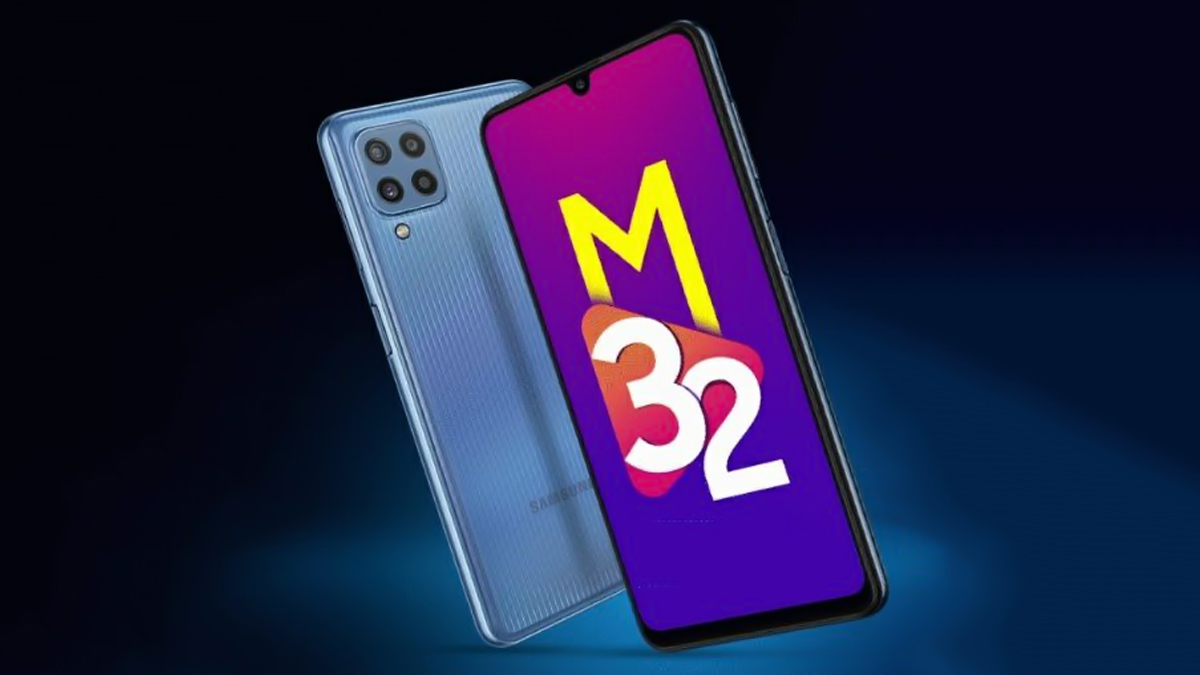 As far as specifications, the Samsung Galaxy M32 is likely to sport a 6.4-inch Infinity-U display with a resolution of 1,080x2,009 pixels and a 90Hz refresh rate. Under the screen, there will be an octa-core MediaTek MT6769T SoC, which is rumoured is the MediaTek Helio G80 SoC. The chipset is expected to be mated to at least 6GB of RAM and up to 128GB of inbuilt storage.

For photography, there will be a 48MP quad rear camera module with an LED flash. For selfies and video calls, there will be a 20MP shooter. It will be fuelled by a 6,000mAh battery. Expect more concrete details of the Galaxy M32 to emerge as we approach its India launch.

(The above story first appeared on LatestLY on Jun 17, 2021 03:37 PM IST. For more news and updates on politics, world, sports, entertainment and lifestyle, log on to our website latestly.com).