Last week, A security researcher pointed out that Telegram app for the desktop had been prone to leak IP addresses of users during voice calls. 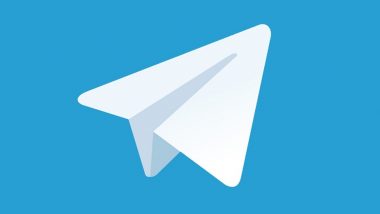 The era of the internet has evolved massively in the coming ages. And with that, it has also brought in various positives and negatives to humankind. Not dwelling on the positive side much but the negative side has indeed made many netizens wary of all things connected to the world wide web. Last week, the cloud-based instant messaging application Telegram, had been notified to be leaking user’s data during voice calls. The flaw was spotted on the desktop version by Dhiraj Mishra who is a security researcher and a Metasploit contributor.

As he demonstrated the vulnerability of the application, it was found out that the voice calls were managed through a peer to peer network (P2P) and did have an option to turn it off or choose Telegram’s private server. Due to which the data of the user such as private IP and public IP addresses were visible during the period of the voice call to be obtained by any malicious user or hacker. However, the mobile platform versions for iOS and Andriod smartphones have three options. First, users can turn off the P2P network usage. New OnePlus 6T Image Teased Online Ahead of October Launch; Reveals Mirror Black & Midnight Black Colour Variants.

Second, users can allow the P2P network to be only applicable to personal or selective contacts. And third, the option to choose a secure server to connect to any recipient, but opting this, will make calls lose their quality. Swachh Bharat Mission: Google Partners With India With #LooReview Project; Here's How You Can Participate.

What peer to peer (P2P) network is? To put it simply, it is a network created when two or more PCs are connected with each other directly to maintain a bridge of communication to share resources without going through a separate server computer.

Now, the company has responded to the problem showcased by the security researcher and has fixed the flaw in both the 1.3.17 beta and 1.4 versions of Telegram desktop application. Also, as a token of gratitude for pointing out the problem, the company has awarded Dhiraj Mishra with prize money worth EUR 2,000, which approximately around Rs 1,70,000.

(The above story first appeared on LatestLY on Oct 02, 2018 04:35 PM IST. For more news and updates on politics, world, sports, entertainment and lifestyle, log on to our website latestly.com).