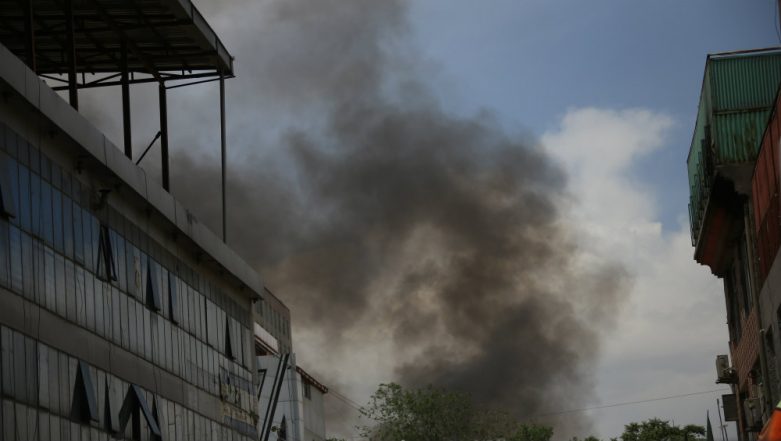 Kabul, July 6: At least 14 people were killed and dozens more wounded when a busy market in northern Afghanistan was hit by mortar fire, officials said Saturday.

"Fourteen civilians were killed and 40 -- including women and children -- were wounded," Rezaee told AFP.

He said the Taliban had been trying to hit an army checkpoint near the market. The insurgent group did not immediately comment.

Naem Musamim, Faryab's public health director, said 14 bodies and 39 wounded people including four children had been taken to local hospitals. Some victims with critical injuries were airlifted to hospitals in Mazar-i-Sharif in Balkh province.

Baz Mohammad Hemat, the director of Ghazni hospital, told AFP that one of those killed and 14 of the wounded were children. Friday is Afghanistan's day off and many children attend mosque for prayers on the day of worship.

The Islamic State group's Afghanistan affiliate, which has a growing footprint in the country, claimed responsibility. The Sunni extremists have conducted frequent prior attacks on Shia targets. While Afghanistan is a mainly Sunni country, it has a sizeable Shia minority, mainly represented by the Hazara community.

The deadly incidents come as the war between the Taliban and Afghan security forces rages on, even as Taliban officials are meeting with US negotiators in Doha in a bid to bring about an end to the conflict.

An agreement with the Taliban is expected to have two main points -- a US withdrawal from Afghanistan and a commitment by the militants not to provide a base for terrorists, the main reason for the US invasion nearly 18 years ago. On Sunday, the insurgents will meet in the Qatari capital with various representatives from Afghan society as part of a potential peace process.