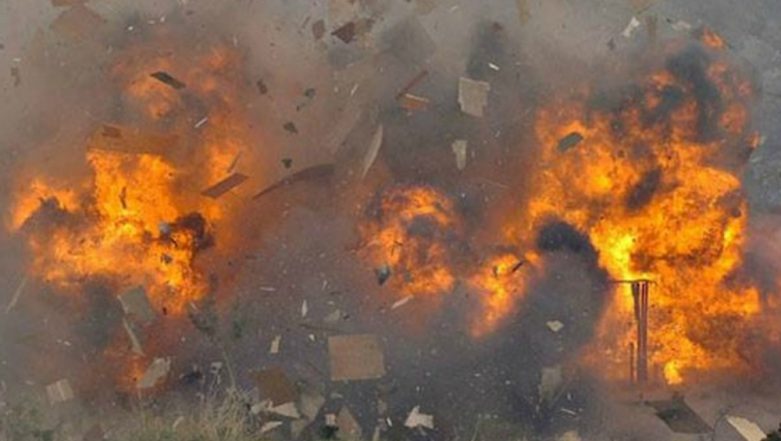 "At least one attacker wearing a belt of explosives tried to enter the building but was stopped by the guards, and detonated himself outside," one officer told AFP.

"Two civilians were killed and nine people were wounded," the source said. Fake Alert! This Old Video of Bomb Blast at Highway in Baghdad Going Viral as Pulwama Terror Attack on CRPF Jawans.

The second officer confirmed the details and toll for the attack. At the scene, security forces quickly deployed to cordon off the site, an AFP photographer at the mosque said. There was no immediate claim of responsibility.

Iraq has witnessed a rare period of relative calm in recent months after decades of back-to-back conflict, including years of sectarian violence that regularly saw dozens killed in explosions in Baghdad.

In 2017, Iraq declared victory against the Islamic State jihadist group, which had also carried out mass attacks against civilians in the capital.

The improved security situation has led officials to dismantle the concrete blast walls, barbed wire and checkpoints that had become ubiquitous in Baghdad. But occasional hit-and-run attacks have continued.

Last month, at least eight people were killed and 15 wounded in a suicide bombing at a market in eastern Baghdad. In November, explosions in several Shiite-majority districts killed six people, most of them civilians.