Saida Muna Tasneem, Bangladesh's High Commissioner in London, has urged the UK Parliament to table and pass a motion recognising one of the worst genocides in history by the Pakistani forces in 1971, Asianlite reported. 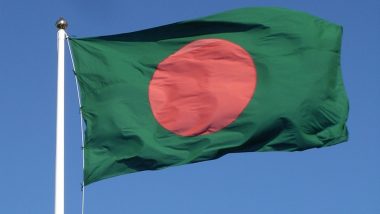 London, March 28: Saida Muna Tasneem, Bangladesh's High Commissioner in London, has urged the UK Parliament to table and pass a motion recognising one of the worst genocides in history by the Pakistani forces in 1971, Asianlite reported.

She made the call at a virtual discussion organised by the high commission and University College London to mark Bangladesh's Independence Day on Friday, the High Commission said in a statement on Saturday. Amnesty International: Rohingya Militant Group Massacred Up to a 100 Hindu Villagers in Rakhine, Myanmar.

Tasneem noted that Peter Shore, the then chairman of the Foreign Affairs Select Committee, had placed a motion in Parliament condemning the Pakistani atrocities during Bangladesh's Liberation War.

More than 233 MPs later placed another motion seeking an end to the genocide in Bangladesh and the recognition of it as an independent nation, she said.

Tasneem thanked Bangladesh Prime Minister Sheikh Hasina for declaring March 25 as National Genocide Day and said it is their duty to create global awareness about the genocide.

Rami Ranger, chairman of Conservative Friends of India, said he would continue supporting Bangladesh's demand for the recognition of the genocide. He urged Bangladesh to set up a monument in the UK remembering the victims of the Pakistani atrocities.

High Commissioner for India to the UK Gaitri Issar Kumar; Joann Digeorge-Lutz, Chair of the Department of Liberal Studies at Texas A&M University; Meghna Guhathakurta, director of Research Initiatives, Bangladesh; Sultan Mahmud Sharif, an organiser of Bangladesh's Liberation War Movements in the UK; Jasmina Sarajlic, representative of the Embassy of Bosnia and Herzegovina in London; and UCL research fellow Bayes Ahmed also spoke on the occasion.

A documentary on the genocide was screened at the event.

(The above story first appeared on LatestLY on Mar 28, 2022 02:19 PM IST. For more news and updates on politics, world, sports, entertainment and lifestyle, log on to our website latestly.com).