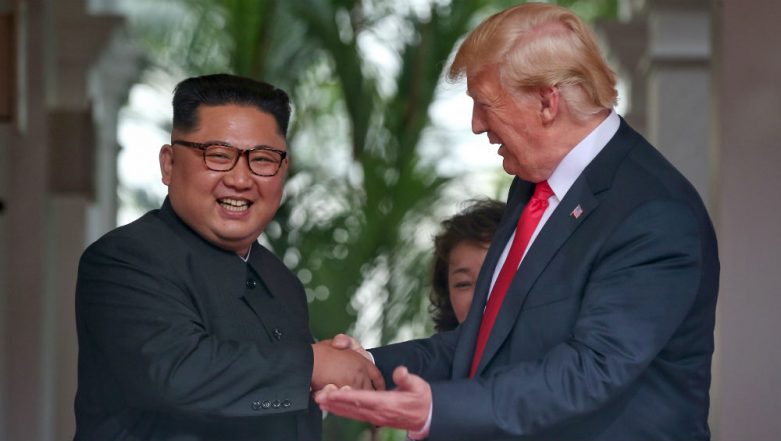 Seoul, June 30: US President Donald Trump confirmed that he will meet North Korean leader Kim Jong Un in the Demilitarized Zone that divides the peninsula on Sunday to "just shake hands quickly".

"We're going to the DMZ border and I'll be meeting with Chairman Kim. I look forward to it very much. We've developed a very good relationship," Trump said, hailing a "certain chemistry" between the two leaders. US President Donald Trump Meets Top K-Pop Nand During South Korea Trip.

But he was "in no rush" when it came to tensions on the Korean peninsula, Trump said, and stressed the meeting would be short.

"Just shake hands quickly and say hello because we haven't seen each other since Vietnam," he said, referring to a summit that collapsed without an agreement in February.

"It's just a step and probably a step in the right direction," said Trump.

South Korean President Moon Jae-in said he would also go to the DMZ but the "focus" would be on the Trump-Kim encounter, with a possibility of a more formal sit-down at a later date.

"I think when the third US-North summit will be held depends on what change today's meeting and dialogue could generate," said Moon.

"Continued dialogue is very practical and the only method to bring about peace on the Korean peninsula," added the South Korean head of state.