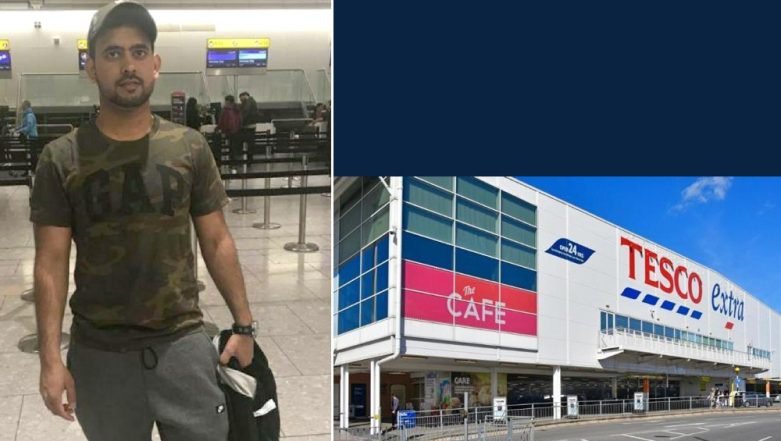 New Delhi, May 10: The family members of a Hyderabad native, who was killed in United Kingdom (UK), have sought help from External Affairs Minister Sushma Swaraj to help them go to London. According to a tweet by ANI, Mohd Nadeemuddin, a native from Hyderabad, was stabbed to death in Slough on Wednesday. According to details by ANI, the deceased had been working at a mall in Tesco supermarket and had been living in London for past six years. As soon as the incident was reported, a case was registered into the matter and investigation has been initiated. Sushma Swaraj Tweets 'Hum Hain Na' to Man Stranded in Saudi Arabia, Wins Hearts Again.

On May 7, Swaraj urged the Indian High Commissioner in Nigeria to take the issue of abduction of five Indian sailors on top priority and ensure their release. Swaraj also sought a detailed report on the incident as early as possible. The Minister asked Indian Ambassador in Nigeria Abhay Thakur to "take the matter" with the Government of Nigeria on priority to ensure an immediate release of sailors.

Swaraj, who has a reputation of being a troubleshooter for Indian nationals facing issues abroad, has solved many such issues and helped people. In April this year,  mother of a Hyderabad woman, who was stranded in Qatar after being lured to the Gulf country had appealed Swaraj urging her to rescue her daughter. Mother of Hyderabad Woman Stranded in Kuwait Seeks Sushma Swaraj's Help.

According to a report by ANI, Tabassum Begum (mother) said her daughter Syeda Mariyum was offered job of a nurse in Qatar, she was later employed as household help. Mariyum used to work as a nurse in a hospital in Hyderabad. An agent Fatima offered her a nurse job in Qatar at the salary of Rs 40,000 per month.