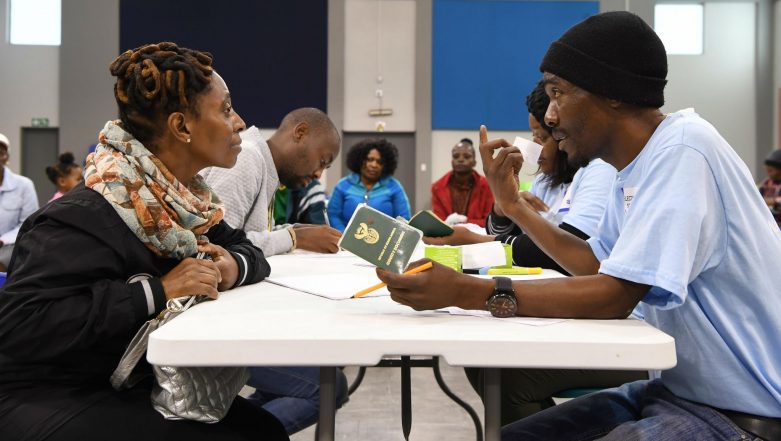 Electoral officials check the identity of voters at a polling station in the Crawford College in Johannesburg, South Africa. (Photo Credits: IANS)

The official results showed on Saturday that opposition party Democratic Alliance (DA) came second with 20.76 per cent while the Economic Freedom Fighters (EFF) won 10.79 per cent, Xinhua reported. IEC Chairperson Glen Mashinini said that despite the record number of political parties that contested in the elections, only 14 parties would make into parliament.

The ANC would return to the National Assembly with 230 seats, DA with 84 and EFF with 44 seats. The IEC said 97 per cent of sample voters found the elections free and fair while 97 per cent found the voting process easy. When Cyril Ramaphosa Got Stuck in Train for Hours During Election Campaign

The IEC's Chief Electoral Officer Sy Mamabolo said that South Africa's sixth democratic election were the most complex, highly contested one. "We've come through these elections as a stronger institution, a stronger country," he said.