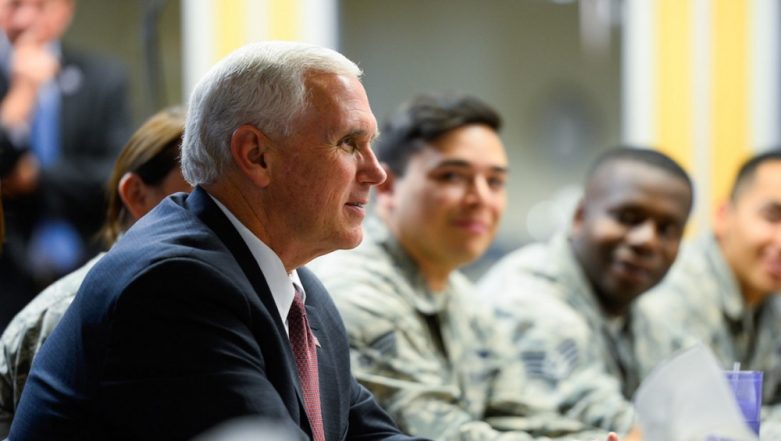 Mike Pence has announced plans for a new, separate U.S. Space Force as a sixth military service by 2020. In a speech at the Pentagon in Washington DC, Pence said that while space was once peaceful and uncontested, it is now crowded and adversarial.

“Previous administrations all but neglected the growing security threats emerging in space,” Pence said. “Our adversaries have transformed space into a war-fighting domain already, and the United States will not shrink from this challenge.”

Some of the arguments presented by the U.S. Vice President date back to the Cold War, like the development of anti-satellite weaponry, a concern enhanced by China's testing of such a weapon about a decade ago. Others are more recent, like the development of things such as GPS-jamming hardware. One of the arguments also cited the threat of hypersonic missiles, which pose a risk because they don't enter space and therefore can't be targeted for antimissile interception there.

While these events may not represent a coherent plan by an adversary to militarize space, Pence argued that they represent a situation where U.S. adversaries like China and Russia have already made space what he termed a war-fighting domain.

In a tweet Thursday, the president cheered on his number two’s speech. “Space Force all the way!” .

Space Force all the way!

The proposal calls for the Space Force to become a new sixth branch of the U.S. military on par with the army, navy, air force, marines and coast guard. If successful it would become the first branch of the U.S. armed services to be created since 1947. There will also be a United States Space Command, which will develop doctrine and tactics for fighting wars in space.

However, any proposal to create a new service would require congressional action and is likely to come under close scrutiny, especially from Democrats.