UK General Elections 2019: Britain to Vote Today Amid Brexit Deadlock, Everything You Need to Know 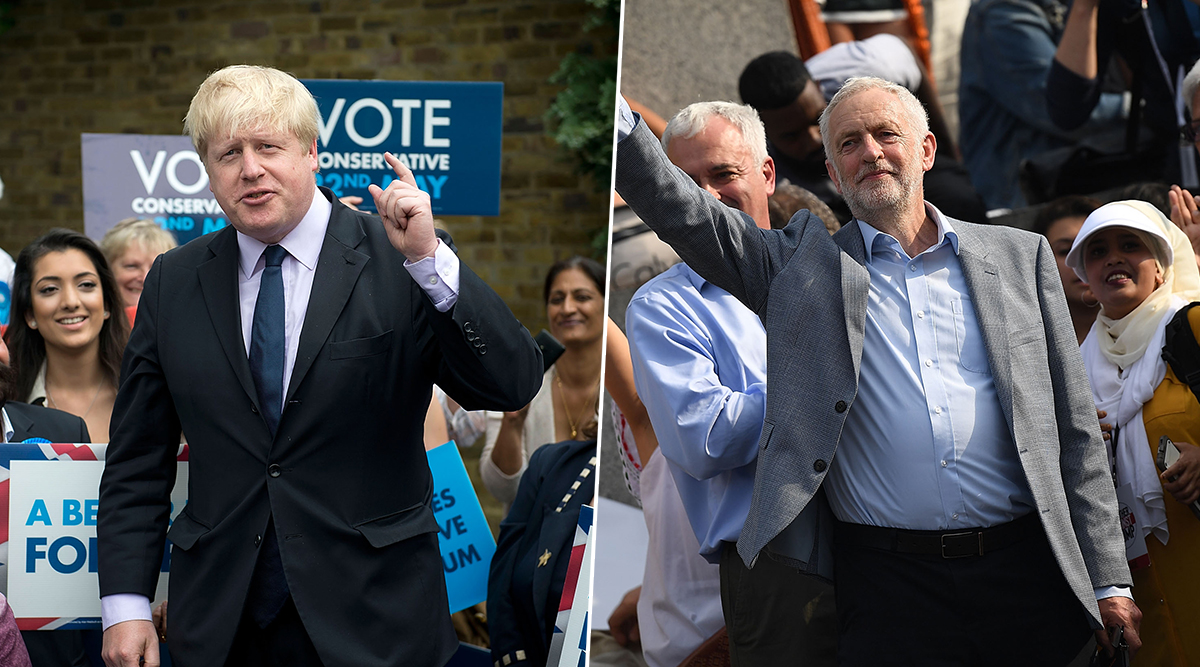 London, December 12: Britain will go to the polls on 12 December, two and a half years after the country's previous general election in June 2017. The UK general elections 2019 will be held amid a deadlock over Brexit. The House of Commons on October 30 voted for conservative UK Prime Minister Boris Johnson's plan to hold a snap - or early - election. Britain hasn't held an election in December since 1923. The new government will have an uphill task to steer the country through the Brexit process of withdrawing from the European Union (EU). Brexit Deadline Extended by EU Till January 31.

The United Kingdom has been in a fractured political climate since former Prime Minister Theresa May's disastrous gamble on a snap election in 2017 result of which deprived her of a working majority in the House of Commons. This prevented May and present Prime Minister Boris Johnson from securing a majority for their respective Brexit deal. Hence, Johnson also decided to hold early general elections hoping to attain a parliamentary majority to enact his Brexit plan.

How General Elections Are Held in UK?

Like in India, Britos don't elect a prime minister directly. Instead, they elect a Member of Parliament (MP) to represent their respective constituency. There are 650 parliamentary constituencies in the UK. A party or a coalition needs to win 326 seats in the House of Commons to form a majority government. All British, Irish or qualifying Commonwealth citizens over the age of 18 are eligible to cast their votes.

The main electoral contest is between the ruling Conservative Party, led by PM Boris Johnson and the Labour Party, headed by Jeremy Corbyn. Other political outfits in the fray are the Scottish National Party (SNP), the Liberal Democrats, the Green Party of England and Wales and the Brexit Party.

Polling stations across the UK will remain open between 7:00 am and 10:00 pm as per local time. The exit poll number will start pouring in from 10:00 pm onwards. The official counting of votes usually begins immediately after 10:00 pm. The final results must be declared by the end of December 13.