Actor Jameela Jamil has joined the cast of Marvel's 'She-Hulk'. She will play villain Titania in the Disney+ series. 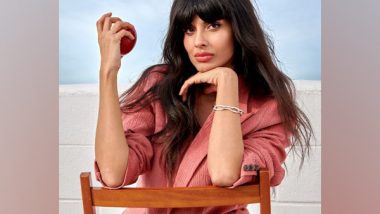 Washington [US], June 11 (ANI): Actor Jameela Jamil has joined the cast of Marvel's 'She-Hulk'. She will play villain Titania in the Disney+ series.

According to The Hollywood Reporter, Jamil steps into a character that dates back to 1984's Secret Wars No. 3, where Titania was introduced by writer Jim Shooter and artist Mike Zeck.

The story revolves around Titania, who gained super strength and endurance after being taken to an alien planet where Marvel's heroes and villains had been transported to battle it out. Eventually, she became a rival of 'She-Hulk'.

Canadian Emmy-winning actor Tatiana Maslany will play the lead role in the Disney+'s series. She will play Jennifer Walters, an attorney, and cousin of Bruce Banner (aka the Hulk). In the comics, an emergency blood transfusion from her cousin gave Walters her powers, but unlike Banner, 'She-Hulk' was able to keep her intelligence and personality when she hulked out.

The pilot is being helmed by veteran television director Kat Corio and 'Rick and Morty' Emmy winner Jessica Gao is leading the writers' room on 'She-Hulk'. Mark Ruffalo, who plays Bruce Banner in the Marvel Cinematic Universe, has expressed interest in appearing in the show.