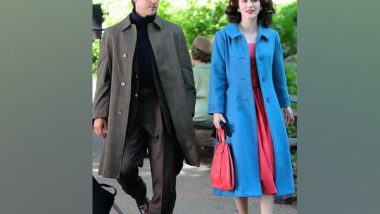 According to The Hollywood Reporter, Milo will be having a guest role in the hit Amazon series' fourth season, which is currently in production. Other details about the project are still under wraps.

Milo will join several other stars like Alex Borstein, Liza Weil, Brian Tarantina and Emily Bergl, who have appeared on the Emmy-winning show.

Milo's guest appearance will mark as the second 'This Is Us' cast appearance on 'The Marvelous Mrs Maisel' after Sterling K. Brown played a key role in the show's third season, scoring an Emmy nomination for best-supporting actor in a comedy series.

Sherman-Palladino told The Hollywood Reporter in August 2020 that season four of The 'Marvelous Mrs Maisel' would pick up shortly after the end of season three, where rising stand-up comic Midge Maisel (Rachel Brosnahan) suffered a professional setback when a pop singer's manager (Brown) dropped her as the opening act on his tour.

"I mean, what's the fun of totally destroying someone's soul and heart and not getting to see the aftermath? That's what comedy's made of, soul-crushing defeat," Sherman-Palladino said at that time.

It revolves around the story of Miriam Maisel (Rachel Brosnahan) who has everything she has ever wanted- the perfect husband, two kids and an elegant apartment on New York's Upper West Side. Her seemingly idyllic life takes a surprising turn when she discovers a hidden talent she did not previously know she had- 'stand-up comedy'. (ANI)